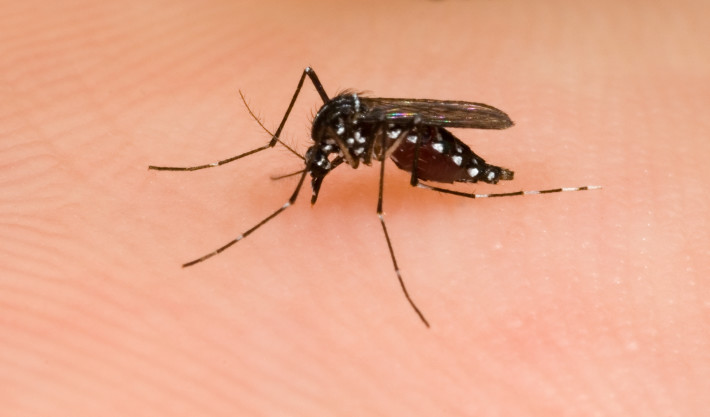 A woman who was diagnosed with arthritis after being severely bitten by mosquitos has been successful in her claim for workers compensation.

The woman was a 60 year-old lecturer in hairdressing, employed by TAFE SA. She had expressed an interest in a TAFE training programme to teach hairdressing skills to indigenous students in the outback. TAFE agreed to send her to Coober Pedy and Oodnadatta to teach the programme.

TAFE paid for her travel and accommodation. The woman was teaching the programme for about 4 months in 2015.

Towards the end of her visit, the woman was staying in accommodation in Oodnadatta that was little more than a small tin shed. On the final night, following a very hot day, the woman returned to her cabin to find that the air-conditioner wasn’t working. It was so hot that she couldn’t walk on the floor with bare feet. She estimated that the temperature inside the cabin was more than 50 degrees Celsius.

She opened the windows and found that the flyscreens were torn and full of holes. During the night, many mosquitos found their way into the cabin. The next day, her face and arms were covered in mosquito bites.

The woman returned to Adelaide and within a few days became ill with vomiting, fever, diarrhoea, pain in her joints and swelling and puffiness of one side of her face and one eye.

Soon afterwards, she was diagnosed with arthritis, depression, anxiety, agoraphobia and panic attacks.

She made a claim for workers compensation which was rejected by her employer. She then made an application to the South Australian Employment Tribunal (Tribunal).

The Tribunal had a number of questions to decide, including whether:

The Tribunal found that the arthritis was most likely to have been caused by the mosquito bites.

It said that even though the woman was not actually engaged in work when she was bitten, there was a strong enough connection between her employment and the place that the injury occurred – the cabin in Oodnadatta. This was because TAFE had booked and paid for the accommodation and the reason the woman was there in the first place was to run a programme that had been created and was administered by TAFE.

She was only bitten on the final night in the cabin because that was the only night when it was so hot that she needed to open a window.

The Tribunal found that the injury had occurred in the course of the woman’s employment with TAFE.

It also had to look at whether the woman’s employment was a significant cause of the injury. It found that this was the case because the only reason that the woman was in the cabin and in Oodnadatta was because of her work.

The Tribunal found that even though the woman had suffered from some psychological disorders in the past, the psychological harm on this occasion came about because of (or as a consequence of) her injury.

The Tribunal decided that the woman’s arthritis and subsequent psychological disorder were both brought on by the mosquito bites – it was only after being bitten by mosquitos that she could no longer work.

It found that she was entitled to weekly payments and medical expenses for both arthritis and psychological injury.

When this decision was appealed, the full bench of the Tribunal agreed that the decision was in fact correct. The appeal was dismissed.

This case shows how a connection with employment can be established, even for activities that would ordinarily be considered leisure time or when a worker is “off the clock”.

If you are required to travel for work and have been injured whilst away, you may be able to claim workers compensation. It is a balancing process and a good workers compensation lawyer can look at all the facts and assist you to work out what to do.

At Websters Lawyers, we have a team of workers compensation specialists who can guide you through the process and provide you with excellent advice. Contact us now for a free first interview.