VICTIMISATION IN THE WORKPLACE 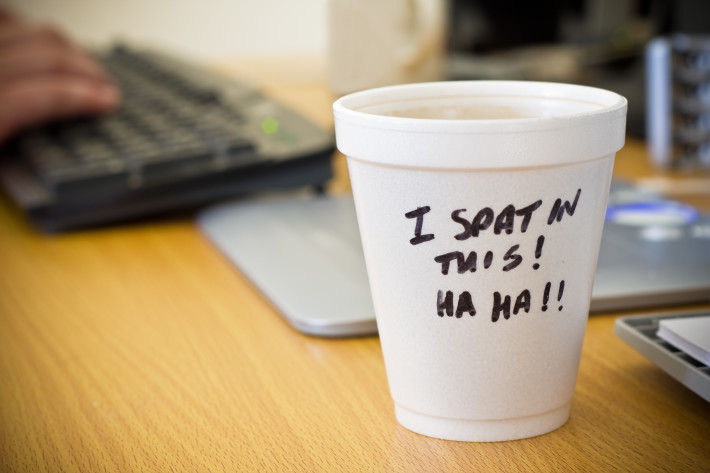 For most of us, going to work is a normal activity which takes up a significant portion of our daily lives. For this reason, it’s important that we feel safe at work and can get along with co-workers, managers and others.

But sadly, some people may not have this experience as workplace issues such as victimisation are on the rise.

For example, a person may be victimised when:

Acts of victimisation can include:

For example, when Susan told her manager of her pregnancy, some of her best client files were removed from her and given to a co-worker, even though there was no medical need for her duties to be modified in any way. Susan made a complaint of pregnancy discrimination to the HRC. When she did so, her manager and some of her co-workers refused to speak to her or acknowledge her. She made a further complaint of victimisation to the HRC.

Victimisation is illegal and can also be a criminal offence. For example, a construction site worker was regularly called racist names by his co-workers. He complained to his boss. After he did so, he was assaulted by some of his co-workers. Here, there is racial vilification and victimisation amounting to criminal assault. The man could make a complaint to the EOC or HRC and could also report the matter to the police.

Whistleblowing is closely related to victimisation. It is unlawful to treat people unfairly because they have blown the whistle on illegal activity.

There must be some public interest in having the illegal activity exposed. In South Australia, this means that a person, company or government agency has broken the law, abused public resources or money, acted in a corrupt manner, or done something that causes a major risk to public health, safety or the environment.

Whistleblowing laws make it illegal to victimise a whistleblower.

Many private companies are now setting up their own whistleblowing hotlines. The aim is to stamp out corruption in their own workforces and employees are encouraged to use the hotlines to report such activity. It is a novel new approach for organisations to manage activity that is damaging to them, but which can often go undetected.

This kind of whistleblowing is not protected by whistleblowing laws, but there is still the protection of anti-victimisation laws – a victim can complain to the EOC or HRC.

The list goes on. The main factors for bullying are that the behaviour is repeated and it creates a risk to health and safety.

When victimisation is also bullying behaviour, there are some options that become available under employment legislation, including stop-bullying orders and a claim for unfair dismissal (if the person felt that they had no choice but to resign because of the bullying).

If you are being victimised at work, there are various ways to approach the problem. How you do so depends on your circumstances and how you feel about the issue. Speaking to a manager, making a complaint to the EOC or HRC or applying for a stop bullying order are all options but sometimes it is difficult to know which way to jump.

That’s when it can really help to speak to an experienced human rights lawyer. A good lawyer will be able to provide you with advice that is tailored to your situation and guide you through the process in a manner with which you are comfortable.

Contact us today for a free first interview to find out how we may be able to assist you.