SEX DISCRIMINATION: IT CAN HAPPEN TO MEN 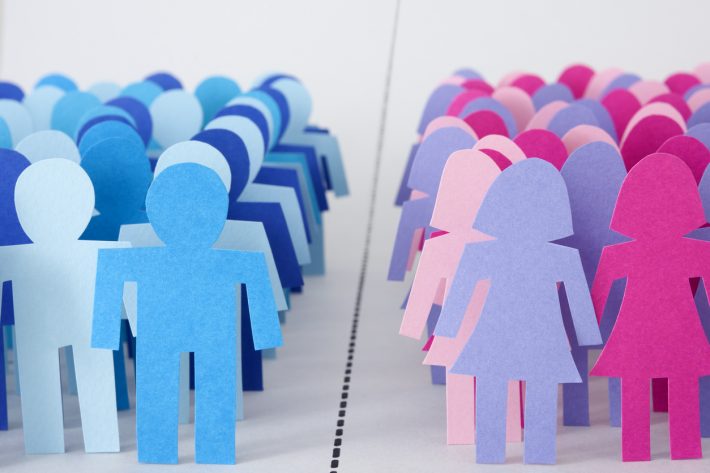 Sex discrimination is illegal in Australia. However, that doesn’t mean it’s non-existent; it’s alive and kicking in many workplaces across the country.

When stories of sex discrimination are covered by the media, they usually concern women. But what isn’t quite as well known is that men can also experience sexual discrimination.  So what is it and what can be done about it?

What is sex discrimination?

Discrimination occurs when we recognise that one thing is different from another. It happens frequently in our everyday lives. We make discriminatory decisions all the time without giving it a second thought. For example, you may prefer your brown shoes to your black ones. Or you may have decided to buy an iPhone rather than a Samsung smartphone.

So in our everyday lives, there’s nothing much wrong with discrimination.

The laws say that discrimination is illegal in various areas, including at work, in the course of education, or when providing goods and services.

There are also many different types of discrimination. For example, it is illegal to discriminate against someone because of their:

There are many ways in which sex discrimination at work can arise. A well-publicised example is the gender pay gap. That is, women getting less pay than men for doing exactly the same job.

But discrimination can arise in other ways as well. For example:

Recently, there has been some publicity about positive discrimination (also known as affirmative action). Positive discrimination usually involves decisions that favour a group of people who would usually be subjected to sex discrimination. For example, a company taking action to ensure that senior roles have a proper representation of women. This has been particularly evident in political and employment settings.

In theory, this is a great idea. For too long, men have dominated these jobs and so it is high time that women were able to step up. But positive discrimination also has the potential to create situations in which men are discriminated against, simply for being men.

For example, encouraging women to apply for jobs is one thing. But when there are quotas in place requiring an organisation to recruit a certain number of people of one gender within a certain period of time, there may be discrimination.

Even if it is not intended that men lose their jobs or are not recruited into those jobs, if that’s the effect, then there’s discrimination.

In 2016, Janet Albrechtsen of The Australian newspaper seized upon this issue when the Commonwealth Bank of Australia (CBA) set a target to have 40 percent of women in senior management roles by 2020. She said:

Once you set a female gender target, then gender features in hiring and promotion decisions. When ownership of two X chromosomes helps you get a job or promotion, then it’s hard to argue that there’s no discrimination on foot.

If you believe that you’re being discriminated against, you should start keeping a written record of what has happened, where and when. Also note who was involved and what was said.

You should surround yourself with support because workplace discrimination can be a stressful experience. Talk to friends and family and go to see your doctor if you (or others) are concerned about your psychological or physical wellbeing.

If you feel that you can approach your employer, set up a time to meet and describe all of the instances of discrimination. Discuss how the situation can be sorted out.

If you don’t feel comfortable doing that, you can speak to a human rights lawyer who can advise you what to do and can stay in the background if necessary. A lawyer will also be able to discuss all of your options, including making a complaint to the South Australian Equal Opportunity Commission (EOC) or the Commonwealth Human Rights Commission(HRC). Making a complaint is sometimes the best way to resolve a matter if you have been unable or unsuccessful in speaking with your employer.

No matter whether you’re male or female, sex discrimination is unlawful and even if it’s done with the best intentions, the law doesn’t allow it in the workplace. If you are experiencing sex discrimination, contact ustoday for a free first interview. It could be the first step towards peace of mind.