If you are alleged to have committed a traffic offence you may be issued with an Expiation Notice or ‘On the Spot Fine’. That notice may be issued by the police or any number of other authorities and you will need to pay the fine unless you elect to be prosecuted.

Every Expiation Notice must be issued in a proper form and in some instances the Notices may be defective. If a Notice is defective there are ways that it can be amended by the issuing authority or defended by you and it is always in your best interest to seek legal advice before paying the fine. 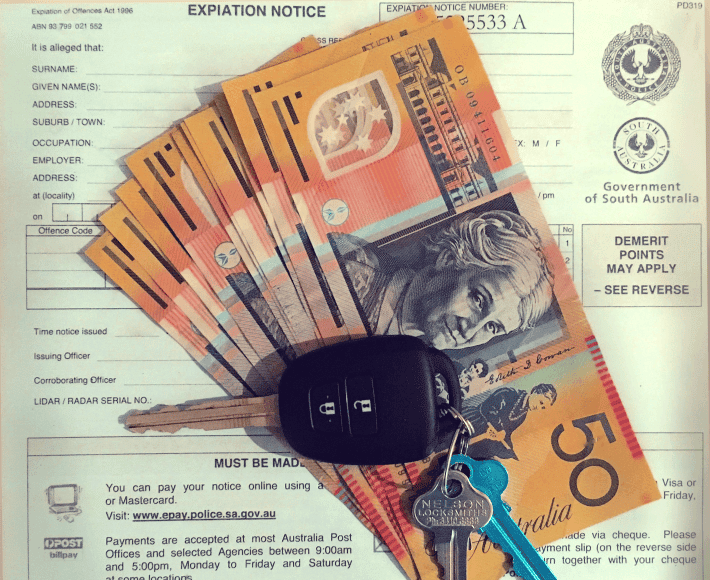 A notice may take more than one form, and may be either handwritten or computer generated.

If you choose to pay that fine then you will incur the demerit points that apply for the offence concerned. If the fine is for two or more offences arising from the same incident then demerit points are incurred only in respect of the one that attracts the most points (except where both a red light and speeding offence are involved together).

It is possible to apply to the issuing authority to have the notice withdrawn on the grounds that the offence is trifling. That means that either there were compelling humanitarian or safety reasons for the conduct involved, you could not reasonably have averted committing the offence or it was merely a technical or petty instance of the offence. In our experience it is extremely rare for such an application to succeed and the decision of the issuing authority in that regard is final and not subject to review by a court.

To defend the offence for which you have received a notice, you will need to elect to be prosecuted and return that election form to the Expiation Notice Unit. You will then receive a summons to attend court at a nominated time and date.

If you ignore the fine or fail to pay within the specified time, not only will you attract overdue fees, but your licence may be suspended. If a Court orders the suspension of your licence due to the non-payment of fines, the suspension will commence 21 days from when the Registrar of Motor Vehicles receives the order from the Court. Your licence will remain suspended for 60 days and you will not be able to drive until the fine is paid or cleared by the Courts. If you do, you may be arrested for driving whilst under suspension which is a criminal offence and will result in a conviction and it is always advisable to obtain legal advice.

A Court may order ‘restricted transactions’ and you will not be able to renew your registration or driver’s licence until the penalty is paid or cleared by the Court.

In the past people have believed that any demerit points will not be incurred until their fine is paid off completely if they have sought some form of relief ie: time payment options, this is not the case and upon entering into an agreement for relief, you are accepting responsibility for the offence(s) and any offence which attracts demerit points, will see you incur those as soon as any relief is granted and you will forfeit any ability to elect to be prosecuted.

If you have received an Expiation Notice and would like to know your options contact a specialist Traffic Lawyer at Websters Lawyers for more information.