GUILTY FOR WALKING HIS DOG?

The Court of Criminal Appeal has set aside a verdict of guilty in a case in which the prosecution were relying on the fact that the person accused of robbery was in the vicinity on the same morning, that like the robber he walks around with his dog, and that he was of a similar appearance to the robber.

Police had produced CCTV footage depicting the robber and despite the fact that the Judge who heard the trial was of the view that the facial appearance of the accused man was similar to that of the person in the video footage, the Court of Criminal Appeal held that it was impossible to say whether the facial features were similar. 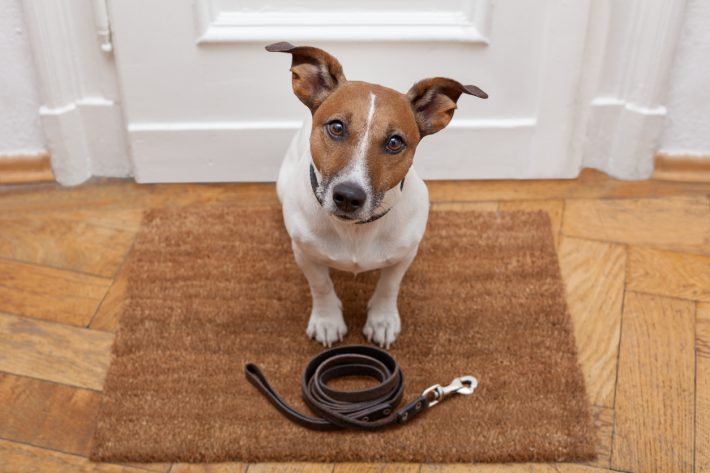 The case demonstrates the dangers associated with circumstantial evidence and the need to properly assess such evidence.

The robbery occurred on 5 January 2010 when the victim and her friend were walking along an Adelaide street at 1.00 am and were confronted by a male accompanied by a dog that was not on a lead. The male demanded money which was handed over and then left quickly, threatening to kill the victim if she followed him. The police were called and at the scene the victim told them that the robber had black hair with grey streaks, although at the trial she said he had mid length brown hair. One of the police officers who attended recalled that an hour or so earlier he had seen a small brown dog tied up outside the Rosemont Hotel and so he obtained the CCTV footage from that location which showed what was concluded to be the robber in company with a small dog. The man in the CCTV footage was swinging a bag in his right hand.

Over three weeks later the police officer was on foot patrol when he saw a man with a small brown dog. The police officer gave evidence that, “[H]e was of the view that that dog was very similar to the one that he saw at the Rosemont Hotel on 5 January.” The victim was later shown a series of photographs including one of this male and she told police that she was ’80 per cent sure’ it was the robber. This man was arrested and charged with the offence.

At his trial, the man denied the charge and gave evidence that at the time of the offence he had a broken right hand which was in plaster and for which he underwent an operation the day after the offence. In the CCTV footage the man swinging the bag around with his right hand appeared to have no discomfort.

The Judge who heard the trial found the man guilty of robbery on the basis of various items of circumstantial evidence including the fact that the robber had a similar appearance to the man, the robber’s dog was similar to the man’s dog and were both well-behaved, and both the robber and the man carry a bag. While the Judge considered that the accused man had a similar appearance to the robber in the CCTV footage, the Court of Criminal Appeal took the view that there was a reasonable possibility that they were two different people, and that they were of a different build. Accordingly, the appeal Court observed that the prosecution case relied on the fact that the accused man was in the vicinity of the crime and walks around with a dog not on a leash and had a similar appearance to the robber. Further, the footage of the robber swinging his bag was not consistent with being a man who had suffered a serious fracture to his hand.

A person can be charged with a criminal offence by police simply by being at the wrong place at the wrong time. Many studies have been undertaken that demonstrate the unreliability of human memory and eye-witness testimony however that sort of evidence carries considerable weight in a criminal trial. While prosecution bear the onus of proving that the accused person is guilty, it is important to identify and undertake investigations to preserve evidence if a charge is to be properly defended. Websters Lawyers have experienced specialist criminal lawyers who can assist with any type of criminal charge so if you have been interviewed by police or are going to court contact a lawyer in Adelaide or the North-East to arrange a free initial consultation at no charge.