TAKING A HIT AFTER THE SPLIT: POST SEPARATION CONTRIBUTIONS 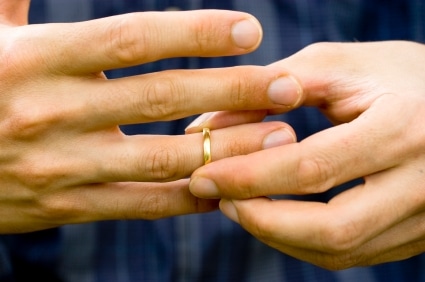 Let’s say you’ve just separated from your partner and then you buy a house. Or you win the lottery. Or you inherit a large estate. Now that you and your partner have gone your separate ways, you may think that you’re entitled to keep it all.

Sometimes, a long-separated couple will seek a property settlement to sort out who is entitled to what from the property they own. When this happens, the law says that both parties’ post separation contributions to the pool of assets must be considered to work out what is a fair division.

PSCs are any contributions that either party makes after separating. They can apply to marriages or domestic partnerships and can be financial or non-financial. The main considerations are whether the contributions:

For example, there is often one party who has most of the parenting duties, “Person A,” and the other is the breadwinner, “Person B”.

Person B may have been able to develop their career more than Person A, allowing Person B to accumulate more assets, for example superannuation, real estate and savings. Any increase to Person B’s asset pool after separation may be considered to be PSCs and Person A may be entitled to a share.

Working out PSCs is a complicated process. The law requires that assets must be fairly divided, and that a court must carefully weigh up a range of factors including:

In the first case, the parties separated after 29 years of marriage. The wife had been the homemaker and primary parent while the husband was the breadwinner. Both were directors and shareholders in their very successful business.

The husband said that his contributions were special, as they had allowed the business to be successful. He also said that as the children were now adults, the wife’s contributions as homemaker and parent were less significant.

The court said that the wife’s non-financial contributions were important as they had led to the business being successful. Because of this, the court ordered that the assets be divided 50/50.

In the second case, the parties had separated after 11 years of marriage. They had four children who usually lived with the wife.

During the marriage the husband was the main breadwinner while the wife had most of the parenting and homemaker responsibilities.

After separation, the husband secured a highly paid job and built up significant assets. The court said that the wife’s homemaker role and care of the children had allowed the husband to advance his career. It awarded the wife 60 percent of the assets.

A person who has a homemaker role in a marriage or domestic partnership can be considered to have made an ongoing contribution, even after separation. But that doesn’t mean there’s an automatic entitlement. It is a complex issue which needs careful consideration.

That’s why you should seek legal advice before separation, or as soon as possible afterwards. It may be that you should start property settlement negotiations a soon as separation occurs.

Websters Lawyers have a team of experienced family lawyers in Adelaide who can provide you with tailored advice. Contact us today.