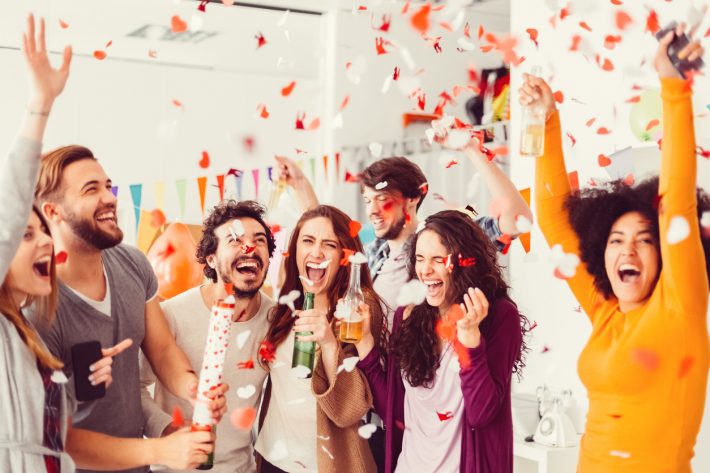 In December, office party season ramps up. Having worked hard all year, it’s only natural that we want to let our hair down and celebrate at the expense of the boss.

And so we should. After all, there’s got to be some perks to working. But party season can bring a whole set of troubles that land you in hot water and sometimes even out of a job.

Two cases illustrate how bad things got when employees mixed alcohol with their work functions.

The employer invited its employees to a hotel for a work party between 6pm and 10pm. There was an open bar from which drinks were served by hotel staff. Later, guests were allowed to help themselves to drinks.

The man worked for the employer and had around 11 drinks throughout the evening. During the function, he:

After the function, the man went to another area of the hotel with a group of workmates and continued drinking. He tried to kiss a female co-worker, called another a “stuck up bitch” and tried to touch another.

The employer later terminated the man’s employment for serious and wilful misconduct and the man made a claim for unfair dismissal. The Fair Work Commission (FWC) found that when he was at the function, he was “at work” but the events after the function didn’t occur “at work” and so couldn’t be considered in making its decision. It found that most of the incidents during the function didn’t justify his dismissal because there was no real threat of violence, except for the bullying incident. But because the employer didn’t include it when investigating the issue, the FWC couldn’t consider it.

The FWC also said that requiring good behaviour at a function while also serving unlimited alcohol was contradictory and the employer should have known that someone would get drunk and behave badly. For this reason, it found that the dismissal was harsh.

For its end of year function, the company held a go-karting day followed by a party at its premises. Unlimited alcohol and food was served, and there was a swimming pool available.

The employee had too many drinks and became aggressive. A manager had tried to get him to leave because he was so drunk and disruptive. The man told the manager to “f… off”.   He then challenged a co-worker about some work issues, pushed him in the chest a number of times and then pushed him, fully clothed, into the swimming pool. Afterwards, the manager again tried to get him to leave and the two got into a fight.

Later there was an investigation and the company terminated the man’s employment. He then made an unfair dismissal claim in the FWC.

The FWC found that at the party many employees were affected by alcohol but the employer had taken no steps to make sure that everyone was drinking responsibly. Even so, it said that employees who were drinking were responsible for their own actions and drinking was not an excuse for misbehaving. It found that the man’s dismissal was justified.

At first blush, these decisions seem to contradict one another. But there are some important lessons for employees that set out how to avoid problems at work functions, especially when they include alcohol.

Even though the FWC is not yet clear about the extent of a person’s responsibility for their own actions at a work function, there is a line that can be crossed. If the conduct is not physically aggressive, the employer may not have a good enough reason to terminate. But fighting or other threatening conduct is a good enough reason for an employer to give an employee the boot.

Also, even if the party is held off-site, employees are still considered to be “at work” for the duration of the party. This means that you need to treat others with respect, don’t tell your manager to “f… off” and you must comply with workplace policies.

There are also legal consequences for your actions. In the Keenan case, even though the man kept his job, there were a number of incidents of sexual harassment which were witnessed and documented. If there were any future incidents, the man could be regarded as having “form”, which would be taken into consideration if any future disciplinary issues were to arise.

This kind of conduct also damages the relationships you have with your co-workers and management. It taints you as someone who is difficult or who should be avoided.

Both workers went to considerable effort and expense in making unfair dismissal claims. One was unsuccessful which meant that he was out of pocket and out of a job. The other won his action, but the judgment, which is now on the public record, was a finding of fact which did not cast him in a good light. Even though he won, the incidents cost him dearly in other ways.

The lesson is simple. Check your behaviour at the office party. Don’t go overboard, even if there are unlimited drinks on offer. The price you will pay is potentially very high, regardless of whether you might win or lose any case. Think of your reputation, your hip pocket, your career and your family. Some things aren’t worth losing.

If you are concerned about an incident at an office function, whether you caused an incident or were the victim of one, Websters Lawyers has a team of employment and discrimination lawyers who have excellent experience in these areas. Contact us now for a free initial interview.