DRIVER DISTRACTION: “BUT I ONLY LOOKED AWAY FOR A SECOND!” 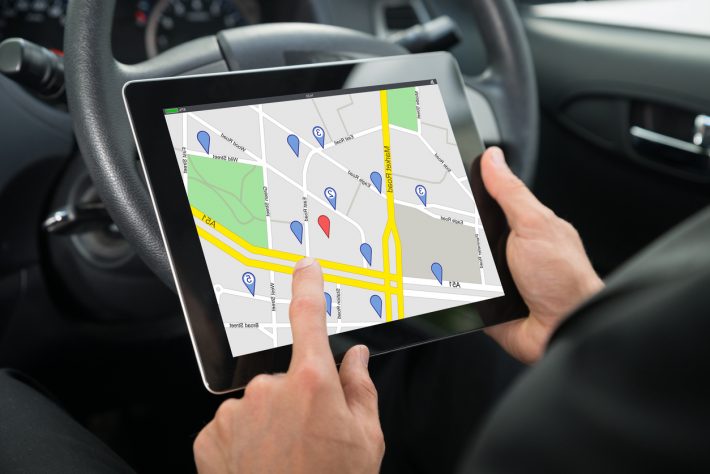 Have you ever been tempted to look at your mobile phone whilst driving? Thanks to some fairly confronting media campaigns, most people know that it’s a traffic offence, but many can’t resist. What might not be quite as well known is that other screen devices, also known as visual display units (VDUs), pose similar risks and hefty penalties can apply. One case presents a sobering reminder of how serious things can be when a driver is distracted by a VDU.

A man was driving at around 110 kilometres per hour on the Augusta Highway. He had two passengers in the car. At an intersection some distance in front of him, another car had come to a stop, indicating that it was waiting to turn right. The man ploughed into the car and its elderly driver (the deceased) was killed instantly.

It seems inexplicable that such an accident could occur. After all, the intersection was visible from hundreds of metres away and it was a clear stretch of road.  But it was found that the man was distracted by a VDU.

He was charged with two traffic offences: causing death by driving and driving with a television receiver operating.

During his trial, the prosecution alleged that at the time of the collision, the man was talking to his passengers about the wrestling DVD that was playing on the centre console of the car. It alleged that the man was distracted by the DVD player because he “did not brake, he did not swerve, he did not even reduce his speed before the impact with the deceased’s vehicle.”

The prosecution also alleged that the man had about 10 seconds to take action to avoid the accident but instead he had taken his eyes off the road and was watching the DVD for eight to ten seconds.

In his defence, the man maintained that he wasn’t watching the DVD and that he didn’t need to because he was very familiar with it.

A jury found the man guilty of the traffic offences and to date he is yet to be sentenced, although imprisonment is likely.

How did this verdict come about? To understand it, let’s take a look at the Australian Road Rules.

The Australian Road Rules apply throughout Australia to ensure that there are uniform rules for all road users.

The Rules say that it’s illegal for a driver to drive a car that has a television or VDU operating, if any part of the image on the screen is visible to the driver.

So what is a television receiver or visual display unit? These terms aren’t defined in the Rules, although standard dictionary definitions are very broad, potentially covering many different devices. This is probably a deliberate strategy by law makers. An issue over recent years, particularly with the advent of smart phones and tablets, is that the law has struggled to keep apace with technological advances. It takes a long time to change a law and so it is almost impossible for specific definitions to cover the range of possibilities. In general, if there’s a portable screen that might distract the driver, it’s illegal.

This is why the man was charged with, and found guilty of, driving with a television receiver operating.

However, there are some exceptions to this Rule. It doesn’t apply if the VDU is part of a driver’s aid, for example:

To meet this exception, the screen must be built in to the car or in a mounting that is secured to the car. Mobile phones can also be used as a driver’s aid if they are in a mounting so that the driver isn’t required to touch the phone at all.

A driver’s aid must not block or obscure the driver’s view of the road and must not be fitted in a way that would likely distract another driver.

The issue of what isn’t a driver’s aid is unclear because there hasn’t been a case for the courts to decide. The original purpose of the law was that driver’s aids should not be DVD players, television receivers and gaming systems. Computer screens, tablets and smartphone watches have not yet been decided upon, although it seems unlikely that they would be considered to be driver’s aids.

Not only was the man charged with traffic offences under the Australian Road Rules, he was also charged under South Australia’s criminal laws. The traffic offence of causing death by driving is very serious – the maximum penalty for a first taffic offence is 15 years’ imprisonment and licence disqualification for 10 years.

It is a much more serious offence than many other traffic offences.

The man’s decision to play a DVD in his car meant that he got a “double whammy” – charges under both the Australian Road Rules and the criminal legislation. Even though he awaits sentencing, he is likely to be imprisoned which will have a massive impact on his life and loved ones. It will affect his relationships, ability to find work, ability to work in his chosen field (as a security guard), international travel and so much more.

There are a lot of unanswered questions about the law relating VDUs in cars. For example, what if your passenger is using an iPad? If you can see it, does that mean that you’re breaking the law?

Potentially, the answer to this is yes. Like the man in this case, you may argue that that you weren’t looking at it, but how do you prove it?

And it doesn’t actually matter whether the driver is looking at the screen. The law only requires that the screen is visible to the driver. This means that a passenger using any kind of device, even a mobile phone, has the potential to land you in hot water if you happen to be pulled over by police or worse, are involved in an accident. The best approach is to either tell your passenger to turn it off or to position the device so that you can’t see the screen (and so that no other driver can see the screen).

This area of law is complicated because of technological advances. That’s why you should seek legal advice if you’ve been charged in connection with using a VDU – whether you were the driver or a passenger. Sometimes, there may be a good reason why you shouldn’t be charged, or there may be a reason why the charges are wrong. A good traffic lawyer can help you sort this out and advise you on your best legal options.

Websters Lawyers has an outstanding team of traffic lawyers. Contact ustoday for a free first interview