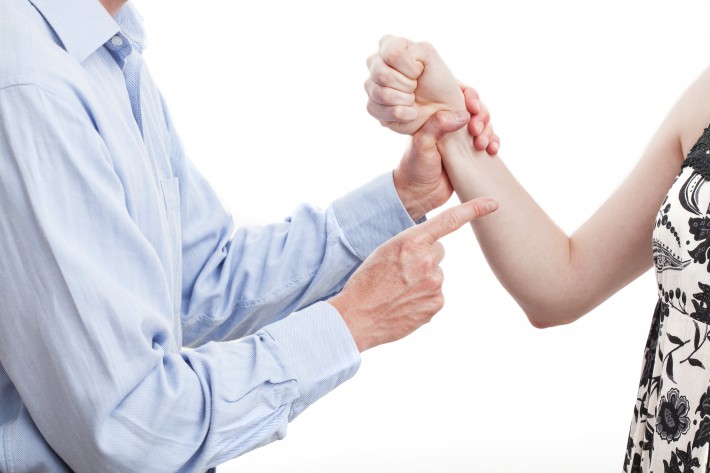 A woman has been awarded the lion’s share of assets after she produced photographs to a court showing injuries caused by her former husband. Why? Because the Court found that the abuse had affected her mental state and future employment prospects.

It’s not necessarily well-known that domestic violence can affect family law property disputes so it’s worth taking a closer look at this case.

The facts of the case

The parties had been married for 32 years and had four adult children, the youngest of whom was intellectually disabled. The wife, aged 60, was the carer for that child.

The wife said that the husband had verbally and physically abused her throughout their marriage. He had been convicted of assaulting her which finally ended the marriage.

She wanted 80 percent of the total assets as well as five years of spousal maintenance on the grounds of:

The Court agreed that the wife’s future work prospects were poor as she had not worked for 31 years. It also considered that the husband’s recent cancer diagnosis meant that his future earning ability was uncertain.

When considering a long marriage, the Court will usually find that the contributions of the parties are equal, even if one party’s financial contribution was greater. The Court then looks at the future needs of the parties, which include:

Where there has been sustained domestic violence throughout the relationship, the Court may say that the victim of the violence has a greater future need. This is known as a “negative contribution” by the abuser.

In this case, the court started at equal shares but then awarded an extra 5 percent to the wife because the abuse had affected her mental state and future employment prospects.

While the Court agreed that the disabled child would need care for many years, her disability pension was a significant contribution to the household finances.

In the end, the wife was awarded 70 percent of the assets and the husband was awarded 30 percent.

This case shows the importance of presenting every relevant aspect of a relationship to the Court.

Not only had the husband pleaded guilty to causing his wife physical harm, but she had also produced photographs of her injuries as evidence. The injuries were not just from one event but from several.  It was compelling, especially in light of his claim that he had entered the guilty plea just to “get rid of” the charge.

If you are thinking about going to court for a family law matter, it is essential that you discuss all aspects of your relationship with your lawyer, even if there is no domestic violence.

As experienced family lawyers, Websters Lawyers are thorough in preparation for litigation and will ensure that you are well represented and that your matter is sensitively handled.

Call us now. It’s a great investment in your future.