DIY WILLS: ARE THEY REALLY CHEAPER AND EASIER? 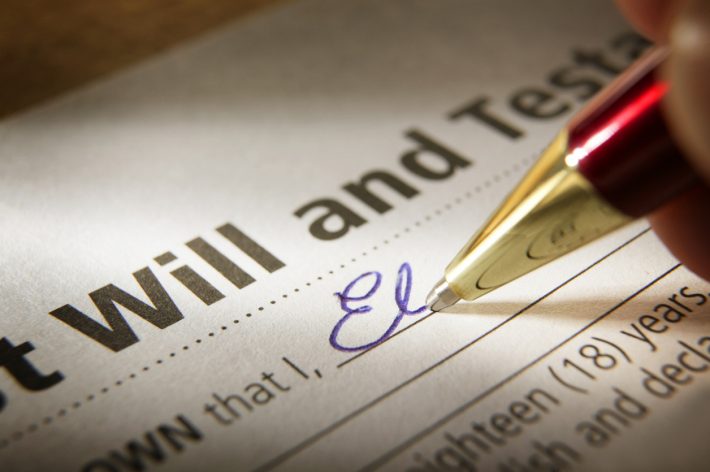 Will kits, do-it-yourself wills, home-made wills. Whatever you call them, they’re often a topic of controversy. Why? Because if they’re not made and executed correctly, a huge amount of time and money may be required to sort things out after you’ve shuffled off this mortal coil.

This issue was illustrated by a recent decision of the Supreme Court of South Australia, which had to work out exactly what a man had intended in a key aspect of his will.

In 2007, the man (the testator) had made a will using a will kit. He then died in 2016. In his will, he appointed his wife and son Stephen as executors of his estate. He also appointed his other son Sean as a “substitute” executor. This is commonly done in the event that the other executor or executors are unable or unwilling to act as executors.

The executor is the person who will be responsible for tracking down and converting all the assets of the estate, paying all the debts and ensuring that the estate  is distributed to the beneficiaries in accordance with the provisions in the deceased’s will and that the estate is finalised. The role of an executor is crucial in finalising a deceased estate.

Because the man was using a pro forma document, he was required to fill in the blanks on the will form. There were some alternative clauses on the form, for example “he/she/they”. The man needed to strike out the alternatives that didn’t apply, but hadn’t done so.

The clause in the will said:

The testator’s wife died before he did.

Once a testator has died, the executor must apply to the Court for a grant of probate so that the estate can be administered (this is how beneficiaries receive their inheritances). Stephen applied for probate, but because the probate registry was uncertain how to interpret the will, the case had to be heard by Supreme Court.

The Court had to decide who was entitled to apply for the grant of probate. It needed to work out what the testator had intended and so it looked at the rest of the will.

It considered the instructions that accompanied the will form. The instructions didn’t say that the will maker had to strike out the alternative words that didn’t apply. Because the testator hadn’t done this, it was difficult to work out his intentions.

Also, the instructions said that up to four executors could be appointed, but the form only allowed for the appointment of two executors and one substitute executor. This was a confusing difficulty with the will kit.

In another clause of the will, the testator had said that if his wife died, his executors were directed to deal with his estate. The Court concluded that this meant that he had intended that both Stephen and Sean act together in this situation and so both sons were jointly entitled to apply for probate.

Drafting and executing wills is a complicated process, even if the will seems to be fairly straightforward. The testator in this case could not have imagined that his failure to draw a line through a couple of innocuous words would lead to legal action in the Supreme Court.

He was probably pleased that he’d spent $30 on a will kit rather than $300 on a solicitor to draft his will. But in the end, the cost was far greater. Even though Stephen’s application to the Court wasn’t opposed by Sean or anyone else, he would have still spent thousands of dollars in legal fees just to get the grant of probate. And these costs would have come out of the estate which in the end meant that there was less for the beneficiaries.

It’s a pretty sobering reality that a desire to save a couple of hundred bucks can lead to depleting your estate by many thousands of dollars. And then there’s the delay – all that time spent preparing and waiting for the court action, and then waiting even longer for a judgement to be delivered.

It’s easy to be sceptical about lawyers’ opposition to DIY wills – that we don’t like them because we lose business when people draft their own wills. But the reality is that we see so many problems caused by DIY wills, often leading to heartache, stress and enormous disappointment.

And there are other issues, too.

For example, the more complex the will provisions, the less likely that a DIY will is going to be satisfactory. They usually don’t take into account issues such as taxation and superannuation. For example, fringe benefits tax and self managed superannuation funds. Nor do they give advice about what forms part of the estate and what doesn’t, for example joint assets, family trusts and anything in a different entity name.

If you have dependent children, there may be issues with DIY wills when it comes to arranging for their care. And for blended families, the issues can be even more complex because working out what is a fair inheritance for each child can be a very delicate balancing act.

All of this leads to a risk that claims may be made against your estate by people who believe that they are entitled to an inheritance (or to more than they have been provided). Usually will kits don’t provide advice about potential claims and how to avoid them.

Then there are the more practical issues. If you haven’t properly described a gift, for example jewellery or a piece of land, it may be difficult to work out your intentions.

If this happens, the gift may fail. If the testator hasn’t said what will happen to it, it will become a portion of the estate that is considered to be intestate.

If the will hasn’t been signed, dated and witnessed using precise language and procedure, it is likely to be invalid. This is because it must be very clear that the testator knew the contents of the document before signing it, and that he or she signed it freely.

And as we have seen in this case, if the executors haven’t been properly appointed, there can be big problems down the track.

Sometimes, the problems can be so significant that they can’t be sorted out. In these circumstances, the Court decides that the testator has died intestate (without a will). Legislation says who can apply to be an administrator of the estate: an administrator is responsible for dealing with the estate in a similar way to an executor, except that there is no will to guide them.

If no one steps up to apply for administration, then the Public Trustee is likely to be appointed as the administrator of the estate. This can mean that the testator’s nearest and dearest may not get a say and may not get a cent. The Public Trustee will also charge a fee for its services, which is paid for by the estate, meaning that there is ultimately less to inherit.

In 2016, Choice Magazine published its review of DIY will kits. It identified some other problems including:

It also identified that many will kits are available Australia wide, yet each State has its own laws for making wills. This may make some aspects of DIY wills inappropriate for South Australians.

There is no doubt that making a DIY will is fraught with difficulty and complication. Even for the simplest of wills, if the instructions are inadequate or they are not followed to the letter, the unintended consequence is that the will is invalid or that a Court needs to sort out the mess.

So saving a few hundred dollars when you make your will may not be worth it if later on if your loved ones are going to have to trudge through expensive and costly litigation to inherit what is rightfully theirs.

The good news is that we’re here to help. If you have concerns about a DIY will, or if you want a lawyer to draft a new will for you, Websters Lawyers has a team of outstanding wills and estates lawyers who have excellent experience in this area. Contact us today for a free first interview.