A recent judgment of the District Court concerned a successful application by the accused to exclude the evidence of a police search of a car in which she had been located on the basis that the Court concluded that it was an unlawful search.

In August 2012 police searched a car that had apparently been driven by the accused in which they found under the driver’s seat a sunglasses case that allegedly contained methylamphetamine and other drug paraphernalia.  The accused applied to exclude the evidence obtained from the search on the basis that the police had not shown they had the necessary grounds upon which to conduct the search. 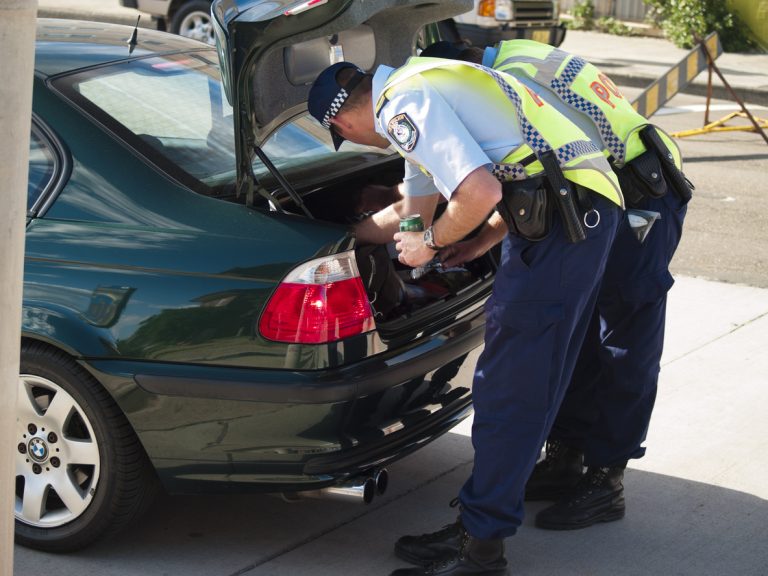 During the search of a house some five months prior, the police had found items in a bedroom that they believed had been occupied by the accused.  On this particular evening the police went to another address at which they believed the accused was living to speak with her about the items at which time they found her sitting in a car parked in the driveway.  It was a rental car and it appeared that she was just getting out.  The police officer also saw an unknown male in the entrance to the driveway pacing backwards and forwards as if to be waiting for someone.

While speaking to the accused outside of the car, one police officer claimed to have seen inside of the car items that were ‘indicative of drug use’ being a cut-down slushy straw and a metallic spoon with some type of residue.  The police officer purported to search the car under the authority of the Controlled Substances Act.  Under that Act a police officer is authorised to search a car if the officer ‘reasonably suspects that any substance or equipment that would afford evidence of an offence against this Act’ is within the vehicle.

The police also relied on the fact that the car was a rental because ‘drug users and drug dealers use rental cars to hamper police investigations.’  The police officer said that based on what he had been told about the accused, the presence of the straw and spoon and the fact she had been seen getting out of a rental car he suspected that there may have been further evidence of drugs in the car.

Despite the fact that prior to giving evidence the police officer had not formed any opinion about the man who was pacing at the opening of the driveway, when giving evidence the officer said that the presence of the man added to his suspicion as to what was in the car.

Notably, the spoon and the straw were not seized by the police (which they said they had forgotten to include), no photograph was taken of them and they were not shown in a video of the interior of the car, although the video showed the console area to be covered by many bags that were inside the car and were moved around in the search process.

The police officer asserted that he could see the items because the door of the car was open, and the Court noted that had the police officer used his torch to look into the car that would have constituted a search itself.

The District Court concluded that the search of the car was unlawful because the Court was unable to find that the spoon and the straw were present in the console of the car due to a number of unsatisfactory aspects of the evidence said to form the basis of the suspicion.  The alleged presence of the straw and the spoon was said to be ‘the genesis of the suspicion’ however there was no record of the presence of those items in the officer’s notes, they did not show upon the video of the interior of the car and the poor lighting would have made it very difficult to see anything inside the car.  Also, another police officer involved in the search did not observe the items.  Moreover, the Court entertained doubts as to whether the officer turned his mind to the fact that the car was a rental or to the information about the accused he had previously received, and noted that the reference to the presence of the pacing man seemed to have been an afterthought.