CONTESTING A WILL: WHAT IS ADEQUATE PROVISION? 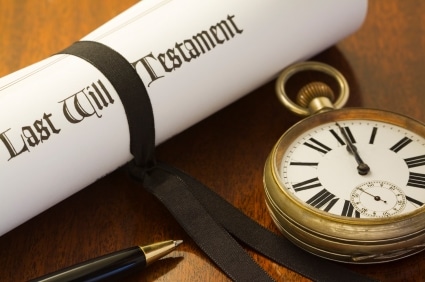 When a man disinherited three of his children but left $1.6 million to charity, his children took legal action against his estate. This case raised a question about what is “adequate provision” and whether strained family relationships can disentitle children from an inheritance.

The man was a farmer who owned two properties. He had five children who at the time of his death were aged in their 50s and 60s.

In his will, he left one farm to his son Alec and $100,000 to his daughter Vicky. He didn’t leave anything to his other three children. Some other relatives and friends got small gifts and the remainder of the estate, totalling around $1.6 million, was left to a charitable trust.

The five children challenged the will.

They all gave evidence that the man had been volatile and verbally and physically abusive. As youngsters they had been poorly clothed and fed. They were all required to work long hours on the farm from a young age and weren’t paid.

When the man’s wife left him in 1976, two of the children went with her. They only saw him at family functions after that. The man disinherited them both.

Another daughter was married and had left the family home by this time. Although she visited regularly, the two had a disagreement over money. She maintained contact with him at family gatherings but the man disinherited her, claiming they had had no contact for 25 years.

His son Alec had stayed on the farm and worked there throughout his life. He and his family lived in very poor conditions on one of the farms. He had been unable to make it profitable due to the man’s refusal to spend any money maintaining it.

Vicky maintained regular contact with the man until he died. She took him on family holidays and to other events.

In one way or another, each of the 5 children was in financial difficulties. Even Alec experienced problems because the farm and house had become so run-down.

The court found that even though three of the children had been estranged from their father, that was due to the man’s own behaviour. In fact, that behaviour gave an even stronger moral obligation to properly provide for them after his death.

Estrangement alone was not enough to disinherit three of the children.

This case is a great example of the balancing process a Court will undertake to work out whether adequate provision has been made in a will. It is a complicated exercise.

If you believe that you’ve been wrongly left out of a will, or that you are entitled to a larger share of a deceased estate, you should seek legal advice immediately. If you are concerned about whether any claims may be made against your estate after your death, the sooner you speak to a lawyer, the better.

Websters Lawyers has a team of expert estate lawyers in Adelaide, Ridgehaven and Smithfield who can advise on all aspects of wills, inheritance claims (including contesting wills) and  estate planning. Contact us today for a free first interview. The sooner you take action, the better off you’re likely to be.