The Attacker Who Claimed Self-defence

A woman charged with causing serious harm, who travelled from Melbourne to Adelaide to the house where her victim was sleeping, entered the home in the early hours of the morning and bit off a substantial piece of the victim’s lip and spat it on the floor then ran off, claimed that she was acting in self-defence. 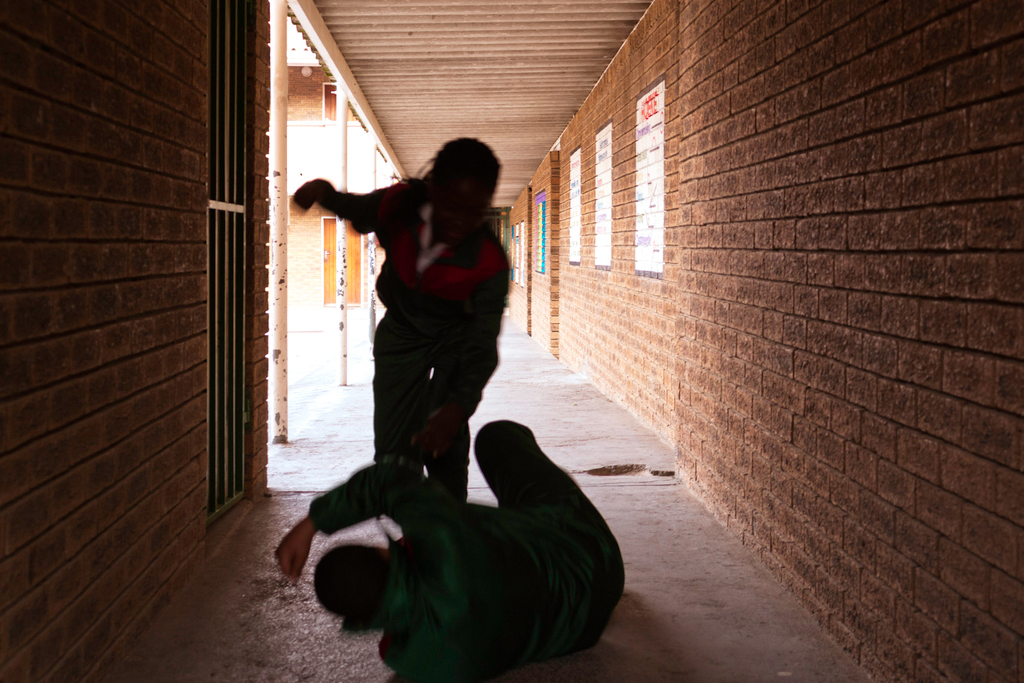 There was no dispute at the trial that the accused had bitten off a portion of the victim’s lower lip causing her permanent facial disfigurement.  The issue was whether prosecution could exclude the claim that the accused was acting in self-defence.

Self-defence applies when a person is charged over conduct that they genuinely believed to be reasonable and necessary for a ‘defensive purpose’.   This means that they were acting in defence of themselves or another person or to prevent or stop the unlawful imprisonment of themselves or another person.  In addition, the conduct must have been reasonably proportionate to the threat that the person genuinely believed existed.  There is an exception that if the person is being arrested they will not be regarded as having acted for a defensive purpose unless they genuinely believed, on reasonable grounds, that the other person was acting unlawfully.

The requirement that the conduct has to be reasonably proportionate to the perceived threat does not apply where the accused person genuinely believed the other to be committing home invasion, the person charged was not engaged in any criminal misconduct that might have given rise to the threat and their mental faculties weren’t affected by the voluntary and non-therapeutic consumption of a drug.

If an accused person raises the issue of self-defence then the onus is on Prosecution to disprove that defence beyond reasonable doubt.

In this recent decision published by the District Court, it was alleged that the accused had been in a relationship with a man for 10 years but that he had then formed a relationship with the victim of the assault which she didn’t accept and therefore she harboured ill feeling towards the victim.

The victim said that she had been receiving private phones calls from the accused who would scream at her calling her ‘a slut or a prostitute’.  She also received text messages with photos of her and her children containing threats on her life and the lives of her children.  One such threat was to ‘cut you up like a dog like they did to your father’ which was a reference to the death of the victim’s father years prior.

The victim gave evidence that in the prior evening she overheard her partner receive a phone call from the accused saying that she was bringing her two children by car from Melbourne to Adelaide.  About 6.30 am there was a loud banging on the front door.  Her partner looked out of an upstairs window and told her that it was the accused and said to ‘stay out of sight’.  They both stayed quiet in the hope that the accused would leave but the banging on the door continued.  The accused was seen to walk back and forth between her car and the door, also at times driving off and then returning.

The partner then received phone calls from the accused stating that she could see the victim’s shoes at the house and that she wanted the victim out of the house.

After some twenty or thirty minutes of constant knocking and phone calls her partner’s brother (who also lived there) arrived at the house.  The victim heard the brother speaking with the accused and say that ‘the shoes are here, she’s here and I want her to come out,’ stating that she was not going to leave until that occurred.

Eventually the partner went out to try and get the accused to leave.  Possibly because of all the noise, the victim’s baby woke up and began fussing so she went to prepare milk.  While in the kitchen the victim hear loud rattling and banging on the glass of the front door.  She was afraid that the glass would break and recalling the threats that had been made to her child and that the stairs leading to her baby’s room were by the front door, she grabbed a frying pan and went to the door.

According to her partner, he had gone outside to speak with the accused as the realised he was the only person who could solve the problem.  He suggested that he drive her to her sister’s house to which she agreed but as he walked to the car she walked past him and his brother saying she was going to the toilet.

Her partner gave evidence that it was only five or ten seconds from when the accused had walked past him to towards the house when his brother told him the two women were fighting.  He ran to the house and saw the accuse don top of the victim and he grabbed her and dragged her off when he saw the accused’s mouth dripping with blood.

Her partner’s brother then put her severed lip in a freezer bag and an ambulance was called which took her to the Royal Adelaide Hospital.  Surgeons were unable to reattach the lip resulting in ongoing issues with eating, speech and a permanent change to her appearance.

Shortly after leaving the house the accused went to a Police Station to report that she had been assaulted.  The Court found that this was done in an attempt to apportion blame to the victim.  When the officer at the station learned from other police at the scene what had occurred, he arrested the accused.

The accused gave evidence that she had travelled to Adelaide as part of arrangement she had with the victim’s partner to leave their children with him so that she could return to Melbourne to work.  When she arrived at the house there was no answer at the door but after the brother arrived, shortly afterwards he came out of the house.  Her version was that she told him to get the kids out of the car and she would quickly use the bathroom.  She walked to the front door and opened the flyscreen but found the main door locked.  She turned back to say that the door was locked and was then hit on the right side of her face.  Someone then grabbed her by the arm and dragged her into the house and she fell to her knees as she was repeatedly hit with an object.  Her version was that the victim was then on top of her hitting her and grabbing her by the neck.  They were rolling about and she ended up with the victim on top of her so she bit the victim to free herself but didn’t know where.  The brother then came in and grabbed both of her hands and lifted her up then she got out and left in her car and went to the police.

In this case, while the Court accepted the victim’s evidence and concluded that she did her best to accurately and truthfully recall the events, it found that the accused’s version ‘lacked logic and credibility in a number of respects,’ and, ‘was riddled with illogicalities.’ The Court found beyond reasonable doubt that the accused intended to attack the victim and injure her with the purpose of disfiguring her.  The accused saw the victim as competing for her partner’s affections and over time she had developed antagonistic feelings toward the victim.  In sentencing the accused the Court said that she had, “Committed a vicious, cowardly and premeditated attack on a woman you perceived as your rival for your former husband’s affections, designed to disfigure her, with you being reckless as to whether it caused her serious harm.”  The accused was sentenced to imprisonment for five years.