Thinking about serious illness or incapacity can be very confronting. Nobody really wants to turn their mind to events that may have catastrophic consequences.

But with a little forethought and organisation, it is possible to set out some plans and requirements for the way your lifestyle and care are to be managed if any of these unfortunate events occur. This is the basic function of an Advance Care Directive (ACD).

How do they work?

An ACD is a document that allows adults to legally set out their wishes for their: 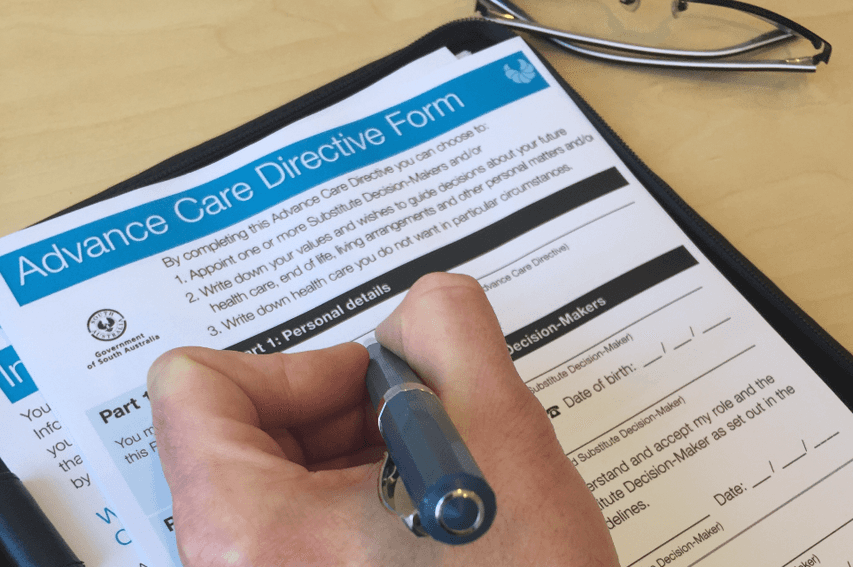 For example, a person may direct that they are not to be resuscitated in an emergency, that they do not want to receive any blood transfusions, or that they would like to be able to watch their favourite footy team on TV regardless of their mental state.

An ACD should not be confused with a will. A will deals with a person’s property after they have died. An ACD sets out the person’s wishes in the lead-up to their death, or in the event that they are unable to make decisions for themselves.

Substituted Decision Makers are appointed in the ACD. They are authorised to make decisions on behalf of the person making the directive if that person loses the ability to do so for themselves.

The person making the ACD must enter into it of their own free will, have the capacity to do so (meaning that they must not be suffering from any kind of mental or legal impairment that would affect their understanding of the ACD) and be properly witnessed.

An ACD is made using an approved government form.

Whilst it is possible to make your own ACD, we highly recommend engaging a lawyer to make one for you, for various reasons:

It is important that these elements are all carried out properly as any errors may mean that the ACD is invalid. That may have enormous consequences for you, as the likely time that errors are discovered is when your Substituted Decision Makers need to use the ACD to make decisions that are in your best interests.

The ACD will continue in force for the rest of your life unless it is revoked, for example by making a new ACD. If you wish to change some of the provisions of the ACD, you can’t simply amend it – you must make a new ACD.

Websters Lawyers are experts in the preparation and execution of ACDs. Contact us today for a free first interview to discuss your ACD.