Sa Police Ordered To Pay Over $700,000 For Unlawful Arrest And Assault

A man who was unlawfully arrested following an incident in Hindley Street has succeeded in claiming compensation after the District Court found that there was a blatant disregard for his liberty and rights, going beyond the reasonable enforcement of the law.  The violent arrest involved police spraying him in the face with capsicum spray at extremely close range, and then doing so again after they say he proclaimed, “I love … pepper spray – I put spicier sauce on my steak.”  Following this the police placed him in a ‘figure four leg lock’, an extremely aggressive and effective restraint manoeuvre, which was so forceful that they broke the man’s (thigh bone).

In February 2020, the Court found the SA Police liable for the March 2013 Battery and the Unlawful Arrest of the man and this week he was awarded more than $700,000 in damages with further amounts still to be determined. 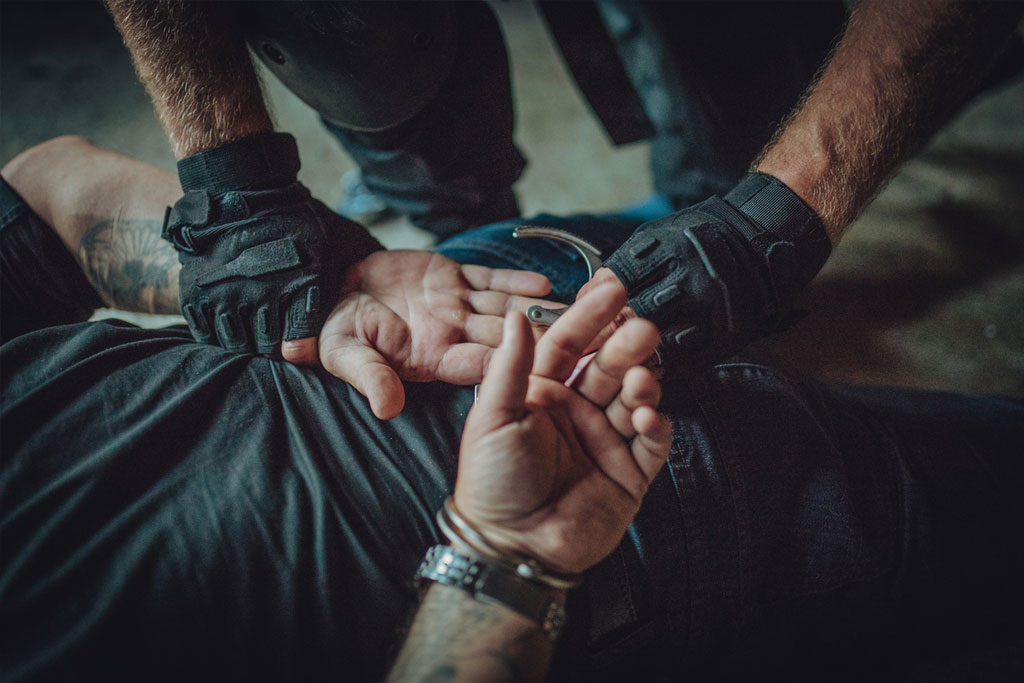 The man was out with friends in the vicinity of Hindley Street, Adelaide.  He had a few drinks and at around 4.00 am he and his friends intended to go home.  They encountered a large brawl involving 20 or 30 young men who were highly threatening and were fighting and throwing chairs at each other. He and his friends walked away from the commotion but were followed by some of the young men who continued to act aggressively.  He became involved in an ‘animated verbal exchange’ with the youths during which he ‘chest bumped’ one of them.

He attempted to leave the dangerous situation when he was suddenly grabbed.  He assumed it was one of the youths and he tried to knock the person’s hands away, but when he looked up, he noticed that the person grabbing him was a Police Officer, and he immediately apologised for his mistake.

The police had come onto the scene when the encounter was just about over, and the court concluded that their attention was drawn to the man because of his size and the animated verbal exchange with the youths.  According to the police he ‘stood out as the one person what seemed agitated and aggressive.’  It was held likely that the police considered that the best way to ‘defuse’ the situation was to remove him from the scene to prevent things growing out of hand and potentially result in violence.

The police led him away from the group and down a side-street.  According to them he was acting erratically and disorderly, and they were attempting to calm him down.  The man expressed his confusion at being led away by police when he and his friends were doing nothing but trying to get home.  He pleaded with the police to listen to him and let him explain the situation.  The Court concluded that mistakenly, the man took this action to be an attempt to arrest him and so he started to protest about what was happening.  The police then took his apparently uncooperative behaviour as resistance on his part.

It would seem that up to this point there had been nothing illegal or unreasonable in the way that the police handled the situation.  It was the actions of the police following this that the Court condemned as reprehensible conduct warranting harsh criticism.

Luckily for the man, and perhaps unfortunately for the police, the incident was captured on CCTV footage.

Use of Capsicum Spray

Without warning, one officer sprayed capsicum spray into the man’s face from a very close range, leaving him in severe pain and unable to see.  According to the Court there was no reasonable cause for doing so.  To make matters worse, just seconds later the police sprayed him again.  They claimed that the man had said something like, ‘I put spicier sauce on my steak’ or ‘I love f**king pepper spray’, and so concluded that the first spray had no effect.  The video footage however didn’t appear to show him saying anything and in any event the Court held that those words provided no reasonable basis for thinking the first spray was ineffective.

The man described the sensation of being sprayed as, ‘lava on my face … pretty painful … burning all over’, leaving him unable to see and leading him to ‘back away’.

The police case was that they were acting in self-defence because the man had his arms raised and his fists clenched presented an imminent threat of physical harm.  When shown the CCTV footage however it was clear this wasn’t the case.  In fact, the CCTV footage didn’t show the man displaying any physical violence and after watching it one police office said that it wasn’t his physical demeanour but ‘more the words he was using’.  The Court rejected the claim that the man held a clenched fist and said that no occasion for employing capsicum spray on the basis of apprehended violence was on foot.

According to the Judge, the police had already achieved their objective of removing the man from the problem area and even though he walked away they continued to pursue him.

The police apparently then decided to arrest the man, however from the evidence it seems that they weren’t really sure what they were arresting him for.  Ultimately he was charged with Disorderly Behaviour and pleaded guilty to that charge, but regardless of whether an arrest has a lawful basis, it must be done in a lawful manner.

The law states that when police arrest someone they must tell the person the grounds for the arrest, unless the person’s own behaviour makes that practically impossible.  In this case, since the police were themselves unclear as to the reason for the arrest or whether or not the man was informed, the Court concluded that the arrest was an unlawful imprisonment against which the man was entitled to use reasonable force to resist.  That meant that the police were not entitled to use any force at all.

Having decided to arrest the man, the officers were intent on putting handcuffs on him ‘for their safety’ despite the fact that, as the Judge said, he “was on his knees and effectively disabled by the two capsicum sprays,” and, “He was not physically aggressive and he was not attempting to flee.”

Police are not entitled to handcuff a person simply because they are in custody.  There must be some justification for doing so such as the need to prevent the person escaping, committing a further offence or endangering the safety of others.  If the police don’t have that justification then the Courts have held that they are not acting in the course of their duty and the person is entitled to resist.

In this case the Court held that there was simply no basis for placing the man in handcuffs.  Once again, while the police had claimed that the man was ‘kicking and thrashing’ about or ‘struggling back and forth’ the CCTV footage didn’t support these claims.

Despite what the CCTV footage showed, according to the police the man continued to struggle and kick his legs preventing them from handcuffing him and causing them to fear he might kick them.  With the four police officers restraining the man, one of them decided that the situation called for him to apply a ‘figure four leg lock’.  As the name suggests, this involves positioning the legs in a figure 4.

The officer put applied pressure by putting his knee to the back of the man’s left leg.  During the course of applying the leg lock he heard a ‘loud pop’ immediately before handcuffing the man.  His leg had been broken.  The officer denied that he placed his whole body weight on the man’s leg, and the police tried to blame the fracture on the fact that the man was twisting about, however the medical evidence showed otherwise.  An expert medical witness at the trial indicated that the femur is the strongest bone in the human body, and the force must have been significantly severe to cause such a fracture in an otherwise young physically active man.  The court concluded that the officer must have placed his full body-weight force onto the man’s legs and that there was not enough space on the ground for the man to have twisted enough to cause the break himself.

Ambulance Officers eventually arrived to take the man to hospital.

The Injuries and Damages for Police Assault

The man’s leg was so badly broken it required the insertion of a 40 cm femoral nail.  One specialist said that he had not seen a spiral fracture of that nature in over 30 years of orthopaedic and musculoskeletal medicine.  A further surgical procedure was required about a month later and again nearly two years after that.  He has been left with a 12.5% permanent residual disability of his left leg along with disfiguring scars and an ongoing incapacity for work involving lifting, repetitive bending and twisting, climbing, walking on uneven ground, kneeling and squatting.

In addition to the physical injuries the man was diagnosed as suffering from Post-Traumatic Stress Disorder, anxiety and depression along with an understandable paranoia regarding police.

In addition to awarding damages for pain and suffering, loss of future earning capacity, medical expenses and future treatment and domestic care, the Court awarded exemplary damages commenting on the ‘egregious manner’ of the arrest and the overuse of force showing a blatant disregard for the man’s liberty and rights.  It noted that the situation was as humiliating as it was degrading, having taken place in public with many onlookers present.  The unnecessary use of capsicum spray on two occasions was labelled as reprehensible conduct.

The man has been awarded over $700,000 in damages and the parties are yet to be heard on further compensation arising from superannuation losses, interest and costs.

It is undeniable that the Police have an incredibly difficult and important job to perform in order to protect the community.  The Judge accepted that the Officers were faced with a “difficult and potentially challenging situation, which had the potential to erupt beyond their control”. They had to act to defuse the situation. Most Police Officers conduct themselves extremely professionally and within the boundaries of the law. However, police powers are not unlimited, and there is no excuse for members of the Police Force acting beyond their authority.

Websters Lawyers have been involved in numerous cases in which our clients have successfully demonstrated that the police acted unlawfully and deliberately abused their authority.  We have successfully secured compensation for clients who have been the victims of police assault and brutality.

If you have been subjected to unreasonable treatment by a member of SAPOL, whether being the victim of police assault, an unreasonable search of your property or person, or any other unreasonable behaviour, you should contact a lawyer at Websters immediately.  Websters Lawyers have numerous experienced solicitors who have acted in actions against the police. For a free, no obligation consultation, contact us on 8231 1363.