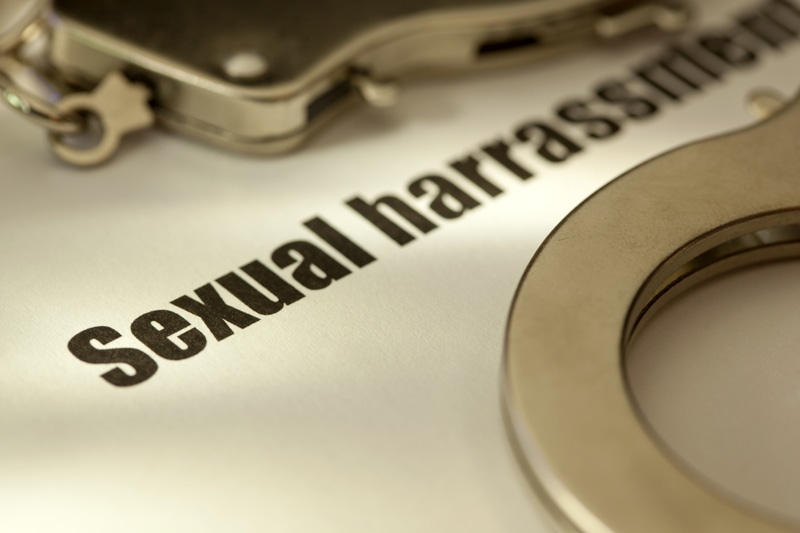 For too many victims of workplace sexual harassment, the fear of publicity will stop them from making a complaint or taking legal action. Sadly, this may mean that the victim is denied justice and also that the harassing behaviour is allowed to continue.

Recently, a former female police officer was temporarily granted the right to be referred to as “A” in legal proceedings before the South Australian Employment Tribunal.  It was an attempt to protect the woman’s privacy in her claim for compensation and reimbursement of medical expenses.

She alleged that she suffered psychological harm after enduring sexual harassment at work during the time she was employed by the South Australia Police (SAPOL).

The woman had been employed by SAPOL as a police officer from 2009. She ceased her employment in April 2015.

She alleged that she was subjected to severe and ongoing sexual harassment by the male officers with whom she worked. She said that one of the male officers had sent her sexual text messages. He claimed that they were having a sexual relationship at the time the messages were sent, but the woman denied this.

The woman alleged that other sexually harassing incidents included:

The woman said that she felt that SAPOL was a “boys club.”

The woman stopped work in 2015 and then made her claim for compensation and reimbursement of medical expenses. She said that the incidents caused her anxiety and post-traumatic stress disorder.

In the lead-up to trial, the woman made an application to the Tribunal that her name be suppressed. This means that her name would not be able to be reported or published anywhere in connection with the trial.

She said that having her name published would cause her undue hardship, especially because she was now studying law and some of her future legal colleagues might identify her through the case.

The Tribunal refused to make the order, saying that an open system of justice was in the public interest and suppression orders should only be granted in very limited circumstances. Mere embarrassment was not enough.

In the alternative, the woman had applied to be referred to only as a pseudonym. The Tribunal was unable to make a decision about this, so ordered that she be referred to as “A” until a proper decision could be made.

The trial of this matter has not yet been heard.

What it all means

Suppression has always been a delicate issue in the legal system. There is usually reluctance by courts and tribunals to suppress names and identities and there must be compelling and unusual reasons for granting an order.

There is no doubt that it is a huge step for any victim to make a claim. Worn down by harassment and perhaps plagued by psychological issues, the decision to take legal action is a bold and significant act. Quite often, it’s overwhelming for a victim to get to this point because of fear of publicity and reprisals. In those circumstances, a suppression order could provide some comfort in knowing that they can at least retain their privacy.

In cases like these, it’s important to get advice and support as soon as you can. If you’re suffering harassment in the workplace, a good lawyer can stay in the background and give you advice while you are working out whether to make a complaint or a claim for compensation.

Websters Lawyers have outstanding lawyers working in the areas of Bullying and Discrimination, Employment Law, Human Rights Law and Workers Compensation. Because we practise across a range of legal areas, we can give you the right advice whatever your situation. We may be able to offer a No Win No Fee arrangement. Contact us now for a free first consultation.