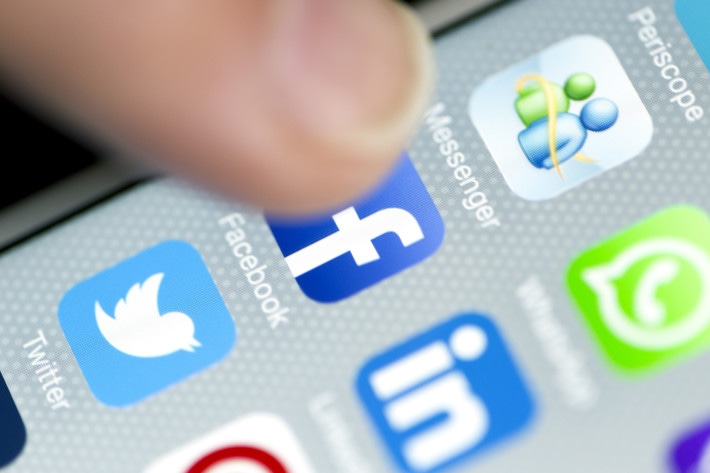 The man and the victim were both involved in an organisation that trained young cyclists. In 2007, the victim found out that the man had had inappropriate contact with two young female cyclists and so made a police report. The man was subsequently suspended from the organisation.

The victim became a police officer in 2009.

In 2013, the man sent the victim private Facebook messages, alleging that the victim had had sex with two of the young cyclists. The man threatened to tell the police. He stopped sending the messages after the victim threatened defamation action. The victim then blocked the man from making further contact.

Then in early 2014, the victim saw some public Facebook posts made by the man.  The posts included:

… the corrupt cop is finally being investigated for accessing my police files when not authorised to do so, three times to get my phone numbers and call and harass and threaten me. About time, this corrupt bastard should not be a cop …

The victim had used police records to find the man’s phone number but was unable to make contact with him.

The victim reported the matter to the police and the man was charged with stalking. The magistrate who first heard the matter found that the man had intended that the posts to be communicated to the victim. The man admitted that was his intention.

The man was convicted of stalking, with the magistrate being satisfied that he had created a  “serious apprehension or fear” of loss of reputation in the victim.

Stalking is a crime. One person stalks another if, on at least two occasions, they:

There are a number of other activities that are also considered to be stalking.

The other main element of a stalking offence is that a reasonable person (an ordinary person in that situation) would have an “apprehension or fear” that they would be harmed by the activity. Harm can include physical or mental harm.

Imprisonment is the maximum penalty for someone convicted of stalking.

The Court found that not only must there be an intention to cause serious apprehension or fear in the person, there must also be an intention to cause serious physical or mental harm. It considered that victims of cyberbullying often experience more severe health problems than victims of other forms of bullying. Suicides following cyberbullying were on the rise.

The Court found no reason to limit the meaning to a fear of physical harm. The real question was how intensely the victim feared the man.

It said that the Facebook posts could cause a fear that the man would continue with more posts until the victim was charged and imprisoned. The fear was all the more severe because it would directly impact the victim’s career as a police officer. This made it a “serious” apprehension or fear. The man had admitted to the Court that he had intended to cause the victim such serious apprehension and fear that the victim would take his own life.

Apprehension or fear can also extend to a fear of any consequences that might interfere with the victim’s social, family or working life.

The Supreme Court now says that harm can be caused in other ways in addition to physical harm. What is important is whether the apprehension or fear of the victim is “serious”. This can only be worked out by the Court closely looking at the facts of the case.

Perhaps even more importantly, the case serves as a reminder to be careful about online activities. Anything posted online, especially on social media, may be used as evidence of your activities.

If you are concerned about someone’s online activity, or that your own activity may expose you to criminal charges, we can help. Websters Lawyers has a team of outstanding criminal lawyers in Adelaide, Ridgehaven and Smithfield, with valuable experience in defending stalking cases.