DRINK DRIVING: WHAT YOU NEED TO KNOW

While we’re in the thick of end of year parties and holiday season, we’re constantly reminded by the media not to drink and drive. We also hear plenty of reports about people being charged with drink driving when they have returned breathalyser results that are well over the legal limit.

It’s easy to let that kind of information wash over you – if it’s not relevant to you, why take any notice? But it really is a good time of year to think about exactly what might happen to you if you’re caught drink driving and how it may impact your life. 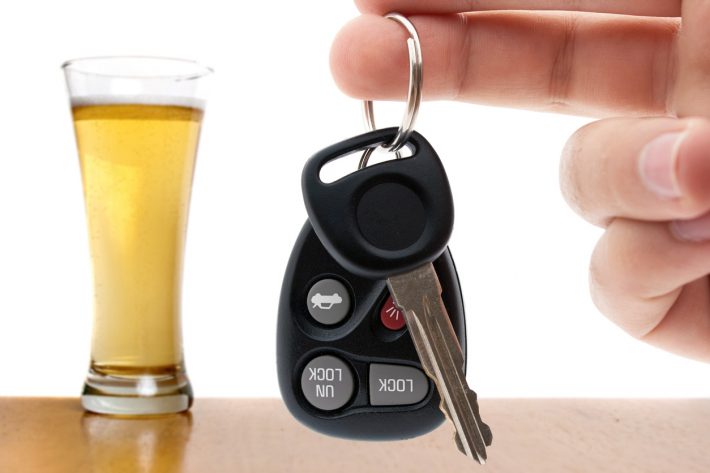 You may not be aware that there are actually two types of ‘drink driving’ offences.  Driving with the prescribed concentration of alcohol (PCA) involves driving a motor vehicle with a blood alcohol concentration over the legal limit.  You do not have to show any affects of your alcohol consumption to be guilty of the charge.  Driving under the influence (DUI) occurs when you show some physical impairment as a result of the alcohol consumed.  It is possible for some people to be ‘under the influence’ even when they are under the legal limit.

Most people who are caught drink driving are charged with the PCA offence. Usually, a drink driving charge starts with a roadside alcotest and then the police follow this basic process:

To be found guilty of a PCA offence, prosecution only needs to prove that at the time of driving, your blood alcohol level was at a particular concentration.  Whether you noticed the effects of alcohol is irrelevant.

PCA has three levels, each with its own penalty:

If you have been charged with a Category 1 offence and it is your first offence, the law says that you must be given an expiation notice.  There is no disqualification or conviction if you pay the fine. You can elect to be prosecuted if you want to challenge the offence, but if you are then found guilty by a court, there is a mandatory three month licence disqualification.

It’s also important to understand that drink driving charges attract demerit points. If you plead guilty or are found guilty of the offence, the government records the points against your licence. This may result in further a disqualification period over and above the court-imposed disqualification.

If you have prior drink driving offences or you have a Category 2 or 3 PCA, then the charge must be dealt with in court.

Driving Under the Influence

If police are of the opinion that you are visibly intoxicated, you can be charged with DUI.  The penalties for a DUI charge are more serious than a PCA charge and include:

When you have been convicted of a PCA offence by a court, there is very little that can be done to reduce the minimum disqualification period.

There is no such thing as a “work only” licence or a restricted licence.  When your licence is disqualified, you can’t drive at all during the disqualification period.  If you are caught driving when you have been disqualified by a court, you will face imprisonment.

A Court does have power to reduce the disqualification to less than the prescribed minimum period. This can be as little as one month if it is a first offence and if the offence is proved to be ‘trifling’.  For an explanation of which might constitute a trifling offence and whether the circumstances of your case come within that description you should speak with a specialist traffic lawyer.

Police can issue an ILOL when a person’s breath analysis test shows a reading that, if the person were to be convicted, would incur a mandatory disqualification period.  There are limited circumstances under which a magistrate can lift the ILOL, such as:

The lifting of an ILOL is not an automatic right and legal advice is highly recommended if you want to investigate this option.

After you have been charged

Once you have been charged, there are some things you should consider:

The laws relating to PCA charges are complex. Police rely on the results of the breathalyzer, a scientific instrument, to prove the charge. But usually the person is in no position to challenge the result and would have no way of knowing their blood alcohol concentration at the time of driving.

Police can also rely on certificates, which means that if a person wishes to challenge the charge, they must find evidence that the device gave an inaccurate result or there was a procedural error.

And there are other issues to be considered because of the impact they will have on your life. For example, if you are disqualified, you must apply to get your licence back. This means that you may have to spend time as a probationary driver.

The laws relating to PCA can be complicated and technical. If you have been charged with a PCA offence, there may be some ways to reduce the penalties against you, or even defend the charge. An experienced traffic lawyer will be able to provide you with best advice on how to manage a PCA charge and the sooner you consult a traffic lawyer, often the better off you’ll be.

Websters Lawyers has a team of outstanding traffic lawyers. Contact ustoday for a free first interview.