BROKEN ENGAGEMENT: CAN I GET BACK THE RING? 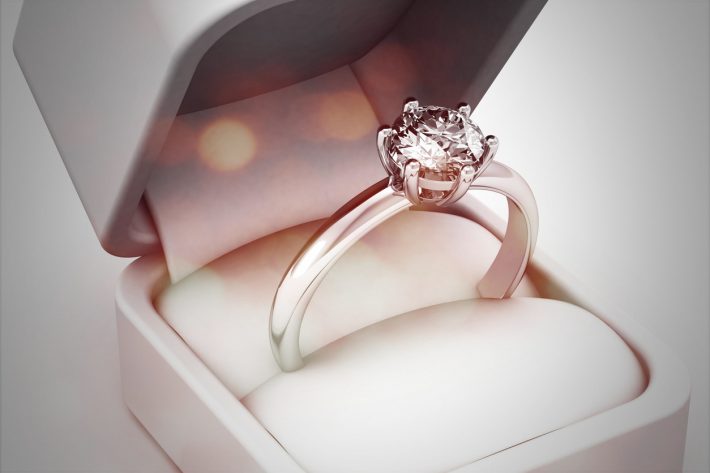 Who gets the ring when an engagement is broken? This was the issue in a recent case in the ACT. It raises interesting questions about whether engagement rings can be treated as gifts or as items that are held on trust until the parties marry.

The man, who was from Canberra, travelled to Melbourne to meet the woman in “chaperoned circumstances.”  That is, with her family present.

The families agreed that they would marry. The woman’s family alleged that the engagement was conditional upon the man permanently relocating to Melbourne. An engagement party was held and the man gave the woman an engagement ring during the party.

A few months later, major difficulties started appearing in the relationship. The man had decided not to move to Melbourne and the woman was upset that he had not helped her to inspect wedding venues.

The engagement ended soon afterwards, although it was unclear who had ended it. The man then took legal action in the ACT Civil and Administrative Tribunal (Tribunal) to recover the value of the engagement ring, with interest.

The Tribunal found that although it was unclear who called off the engagement, they were “two people in a decaying relationship unable to find a way forward.”  The decision was not made by one person, but “a mutual recognition of an unhappy state of affairs that was beyond repair.”

Because of this there was no breach by the woman and so the Tribunal found that it did not have the power to hear and decide the case.

Federal marriage laws used to allow a person to take legal action for breach of promise. However, in Australia, those laws have long been abolished and so a person cannot be sued for failing to marry the person to whom they’ve been engaged.

However, it doesn’t stop legal action being taken for recovery of gifts that were bought in contemplation of marriage, for example, an engagement ring.

But it’s not that simple because when a gift is given to a person, the right to take legal action to recover the gift (or the value of the gift) is usually extinguished.

The key to the issue is whether the ring can be considered a gift. A gift is the opposite of a contract and so it helps to understand a little bit about how the law of contract operates. There is a contract between two people if:

An engagement ring is usually thought of as being a gift because it is given freely and gratuitously. The person giving the gift gives up all ownership of the gift.

But sometimes, a gift may be given conditionally. For example, an engagement ring may be given on the condition that the couple marry. If they do not, it must be given back.

In this case, there was no evidence that the gift was conditional and because the breakdown of the relationship was not the fault of either party, the Tribunal simply decided that it could not hear the case.

It seems that a legal action for recovery of an engagement ring would be successful only if the engagement ring was given conditionally upon the parties actually marrying. And there would have to be evidence to prove this, for example, a written agreement or witnesses to a verbal agreement.

Whether an engagement ring should be returned in most cases will not be a legal issue but a moral issue. It’s a question of whether the woman is justified in keeping the ring or whether the man is justified in seeking its return. There is no easy answer to this question and it depends entirely on the circumstances of each case.

Of course, if the engagement ring is of high value, the chance of a legal stoush may be greater. Take, for example, the recent high profile split of James Packer and Mariah Carey which caused much speculation over who would get the 35 carat $10 million engagement ring.

The breakdown of any relationship can be difficult, but when there’s a dispute over property, it can be even more stressful. This can also be true of a broken engagement and disagreement over who gets the ring. If you are concerned over your rights to keep an engagement ring, or how to recover a ring, it is worth getting advice from an experienced lawyer who can assess your unique situation and work out how the law applies to you.

Contact us today for a free first interview to find out how we can help you.