WORKERS COMPENSATION: WHEN IS IT TOO LATE TO CLAIM? 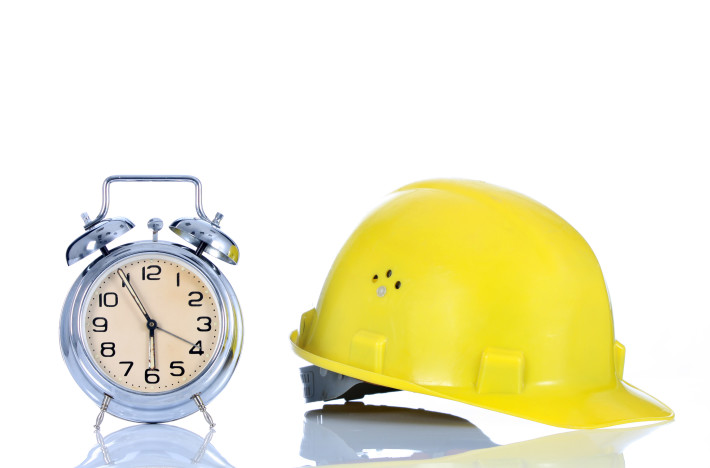 In separate decisions, two workers were recently allowed to make workers compensation claims, even though they were well out-of-time.  One case concerned industrial deafness, or noise induced hearing loss (NIHL), and the other was a back injury.

In this case, the worker had received workers compensation in 1982 for NIHL. In 1989, he commenced employment with Hi-Fert and worked there until his retirement in 2000, aged 59. His employment with Hi-Fert involved working in a noisy warehouse and his hearing progressively deteriorated until he felt that he had no choice to retire.

Because he had had prior medical advice that hearing aids wouldn’t help him, he didn’t bother having his hearing retested. Eventually, in 2011, he responded to a newspaper advertisement that was promoting hearing tests. The doctor who conducted the test told him that he could make a claim for workers compensation.

Under the old laws (which were relevant because they were in force at the time that the worker was employed), there was a 6 month time limit on making a workers compensation claim. The worker made his claim 12 years out of time.

The South Australian Employment Tribunal decided that even though the application was out of time, it could still proceed because the worker was unaware of his right to make the claim. It also decided that there would be no significant disadvantage to the insurer.

The Tribunal decided that the worker was entitled to his reasonable medical and rehabilitation expenses, but not to any lump sum payment for permanent injury.

In another case, the worker was a 27 year-old man who had suffered a lower back injury in 2012, in the course of his work laying railway tracks. He had made a claim for weekly payments and compensation, both of which had been rejected by the employer.

The worker had previously suffered a perforated colon injury as a 17 year old, as well as a back injury in 2011 whilst working as an air-conditioner installer.

The employer took issue with the extent of the worker’s injury as it had happened so soon after the 2011 injury.

Once he had injured his back, the worker was given lighter duties and then eventually administrative duties. He struggled to work at all because of the pain of the injury. Eventually one of his doctors cleared him to return to usual work duties. These duties aggravated his injury and he again had to take time off work.

The worker had used up all of his leave and asked a representative of the employer what he should do.  He was advised to resign, and did so.

The worker then worked in an administrative role which caused further pain, tried to study but couldn’t sit for long periods of time, and then worked in a lawn mowing business which again aggravated his back injury.

In 2014, he sought legal advice and made a claim for workers compensation.

The Tribunal found that the worker didn’t earlier understand that he had an entitlement to make a claim. His first claim (for weekly payments) came 27 months after the injury had occurred – well after the 6 month time limit had passed.

It found that if he had known that he could make a claim, he would have done so earlier.

The employer said that his resignation breached the mutuality between them and so it had no obligation to accept either the claim for compensation or the claim for weekly payments. Mutuality is a requirement that the employer offer duties suitable for the employee and that the employee be ready, willing and able to perform those duties. Resignation from employment is one way in which the obligation of mutuality can be breached.  The Tribunal found that the worker would not have resigned had he understood the consequences.

The Tribunal said that the claim could proceed.

It also said that it didn’t matter that he had suffered back injuries before his work with the employer commenced. He had had enough capacity to do the work before the injury, but not after it.

The worker was entitled to weekly payments from the date of his resignation.

Both cases show the Tribunal’s willingness to accept claims even if they are made well out of the 6 month time requirement.

Although it can be easier and less complicated to pursue a claim when it is made within time, being out of time should not deter a person from making a claim.

Both workers were unaware of their rights and the law says that this is one reason why an out-of-time claim can be allowed to proceed. Retirement and resignation from employment was not enough to stop the claims from being heard.

If you have been injured at work and would like to find out more about your rights, getting good legal advice is an essential first step. Websters Lawyers has an outstanding team of specialist workers compensation lawyers in Adelaide, Ridgehaven and Smithfield who can assist you.

Contact us today for a free, no obligation initial consultation.