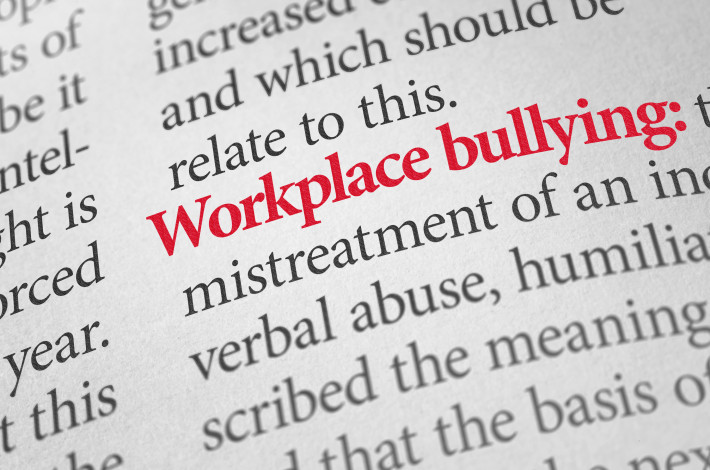 A former Victorian Police Officer has been awarded $250,000 in damages following severe and prolonged workplace bullying.

This highlights the need for employers to be proactive in protecting employees from bullying. The court has made it clear that bullying is unacceptable, regardless of the size, status or culture of the employer.

Willett joined VicPol in 1994. She became a Detective Senior Constable in 2002, when she commenced at the South Melbourne Criminal Investigation Unit (CIU).

She was a highly competent officer, with excellent potential to rise further through the ranks. However, she eventually left VicPol, traumatised by the bullying she had endured, and in 2009 took legal action for negligence.

The court found that she had suffered severe bullying, primarily at the hands of her direct supervisor, a Detective Sergeant (DS). The bullying had occurred almost as soon as she had started at the CIU.

In her second week at CIU, she told the DS that she was pregnant. The bullying escalated from this point, with various incidents including:

In June 2006, following an altercation with another staff member, Willett broke down and was unable to work again.

In the final months of her work, Willett vomited daily, picked her hands until they bled and suffered severe weight loss.

She was diagnosed with a major depressive disorder and was unfit for work. Some of her doctors believed she may never work again. Her symptoms included:

Willett took legal action, claiming that VicPol had been negligent in allowing the bullying to occur and continue unchecked.

VicPol argued that Willett was oversensitive and had contributed to the problem by not complaining about the bullying. This is a concept known as “contributory negligence.”

The court accepted Willett’s claim, but because it found contributory negligence, the award of damages was just $108,000. Willett appealed the decision.

On appeal, the court found that the damages were unreasonable and inadequate, especially because Willett’s depression was persistent and ongoing.

Willett had made an informal complaint but had not pursued it for fear of reprisal. Even if she had made a formal complaint, there was no evidence that this would have made the bullying stop.

The court found that there was no contributory negligence by Willett. It significantly increased Willett’s damages to $250,000.

This case shows that it’s not enough for employers to just have a policy in place. Employers must also educate all staff on an ongoing basis about:

They must also carefully monitor the welfare of employees to try and detect bullying, even if there are no complaints.

If you are an employee and are suffering from bullying or harassment at work,  it is important to speak to a lawyer even if you don’t feel comfortable making a complaint in the workplace.

Websters Lawyers have experienced employment lawyers and human rights lawyers in Adelaide, Ridgehaven and Smithfield. In some circumstances, we are able to offer our services on a No Win No Fee arrangement.  Contact us now for a free first interview.