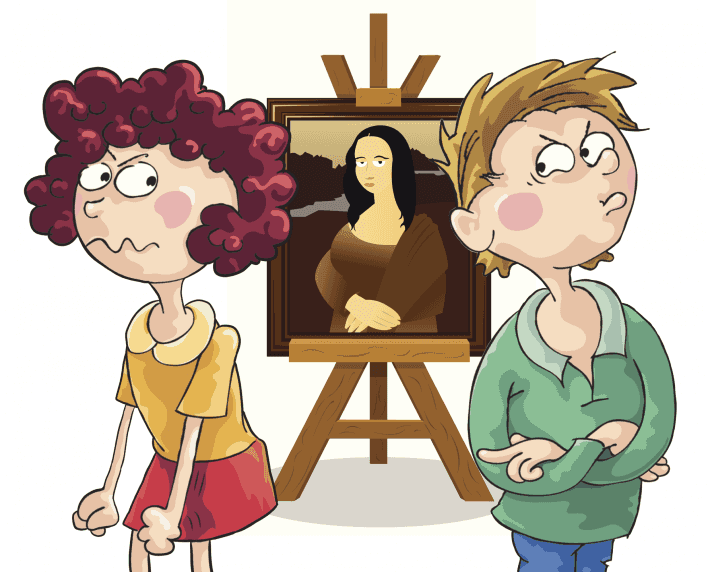 A Federal Court Judge was unimpressed when a divorcing couple made competing claims for household possessions including a $10 print of the Mona Lisa. This case is a good reminder to parties involved in family law property disputes to think carefully about the items that they wish to contest.

The husband and wife had been married for 8 years. They had separated and in the process of finalising their property issues, there was a trial in the Federal Court. Neither the husband nor wife was represented by lawyers.

They had both filed a huge amount of documents in support of their own arguments.

Among the items in dispute were:

The Judge commented that it was a difficult task to try and assess the property pool. Among the issues were:

The judge said that there was an “incredible imprecision of evidence” and that many of the claims were of no or little value. There were no details about purchase prices or where the money came from. He said that having to decide on these things was a waste of Court time.

The Judge also said that the assets were valued at “absurdly small amounts” and that no party to a court action should expect a court, especially one with such a large caseload, to decide on how to deal with an “asset valued at $10.00 or $80.00 or even $1,000.00.”

He also said that

The public would be entitled to complain if it knew that the public purse was being consumed by a Commonwealth funded judge being required by [parties] to make determinations about assets of ridiculously small amounts.”

The Judge made it clear that courts will not tolerate parties in family law cases who conduct themselves in such a way. Even though these parties were unrepresented, they needed to do more to assist the court, for example:

The evidence needed to get straight to the point and be presented in an organised manner.

But most importantly, this case is a reminder to anyone involved in a family law property settlement that there is no value in arguing over small items. It’s a waste of everyone’s time and in the end is not helpful.

A property settlement can be a long and stressful process and it can be difficult to keep your cool and keep everything in perspective. An experienced family lawyer can help you to sort out what’s important and make sure that you have great advice every step of the way.

Websters Lawyers have a team of family lawyers with great experience and knowledge. Contact us today for a free first interview.