FAMILY LAW: WHAT IF MY EX REFUSES TO HAND OVER MY BELONGINGS?

“If she wants it, tell her to take me to court.” These were costly words from a husband who refused to hand over a chandelier to his wife as part of a family law property settlement. There are plenty of parties who may find themselves unwilling to hand over property to their ex-partner, but what are the consequences? A recent decision of the Family Court of Australia examined this issue. 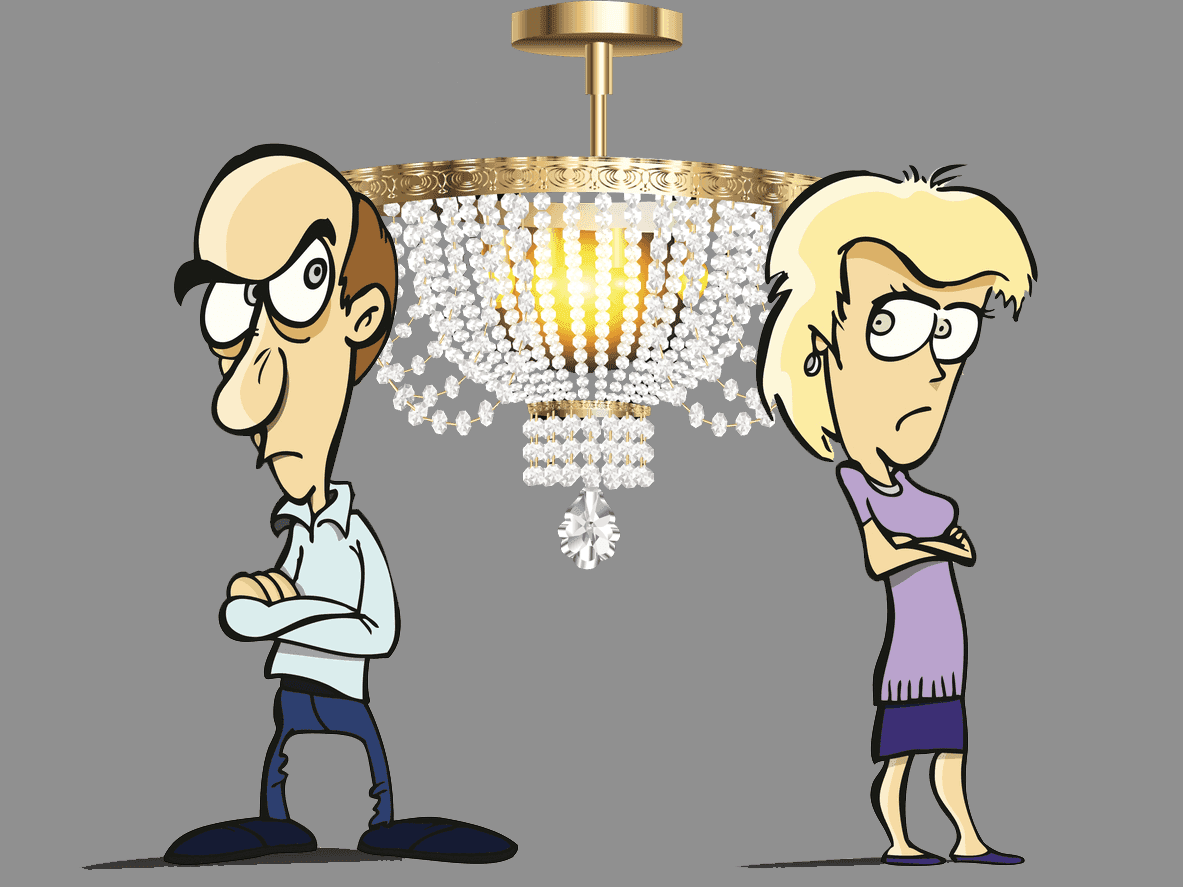 The husband and wife were negotiating a property settlement after the breakdown of their marriage. In June 2017, they were both represented by their lawyers and appeared before a Registrar of the Family Court.

The Registrar made orders that within 14 days, the husband allow the wife to collect various belongings that were in the husband’s possession, including a chandelier light fitting.

The wife sent a removalist to collect her belongings. The husband allowed the removalist to take most things, but refused to hand over the chandelier, saying “if she wants it, tell her to take me to court.”

The wife then applied to the Family Court to enforce the Registrar’s order of June 2017 on the grounds that the husband had failed to comply.

The Court found that the wife could make the application without giving notice to the husband. It also decided that it was appropriate to grant the order. This would mean that an enforcement officer of the Court, usually known as a Sheriff, could go to the husband’s property with a warrant and seize the chandelier. The Sheriff could then deliver the chandelier to the wife.

The wife also applied for costs against the husband. Normally, both parties would pay their own legal costs when taking legal action in the Family Court. Costs can include lawyers’ fees, photocopying and service of documents, court fees, and any other expenses incurred in running the legal action.

However, if one party fails or refuses to comply with an order, the Court can decide whether that party should then have to pay the legal costs of the other party. In doing so, it would have to consider a range of things including:

It concluded that the husband should pay the wife’s costs of almost $7,500.

This case is a good reminder that parties in any legal action need to abide by court orders. Even though the first order wasn’t made by a judge, the Registrar was an officer of the Court with the power to make orders. That meant that the husband was required to follow the Registrar’s orders.

Sometimes a person in a family law action can feel like they have been unfairly treated by the Court or that their side of the story hasn’t been properly heard or considered. For these reasons, they may feel that it’s inappropriate or unfair to comply with Court orders. But once the Court has made an order, it’s important to use legal avenues to try and appeal or overturn the order rather than simply ignoring the order.

The man’s actions not only cost him thousands of dollars in legal expenses, they also formed part of the Court’s record of the legal action. Any further legal action in the Family Court would be difficult for him if he was trying to convince the Court to do (or not to do) something but yet had failed to follow the previous orders. This could have a significant impact on his legal rights and options down the track.

If you aren’t happy with a Court decision, the best thing to do is to get legal advice immediately. There may be other legal options available to you and it’s best to discuss them with your lawyer so that you can work out how to proceed.

Websters Lawyers has an outstanding team of family lawyers who can assist you with all your family law needs. Contact us today for a free first consultation. We’re here to help.