If you’ve stopped your car at a red light, is it okay to sneak a quick look at your mobile phone? After all, your car is stationary and you can’t possibly hurt anyone. A recent decision shows just how seriously our legal system treats mobile phone offences, especially when it comes to reducing the demerit points incurred by those offences. 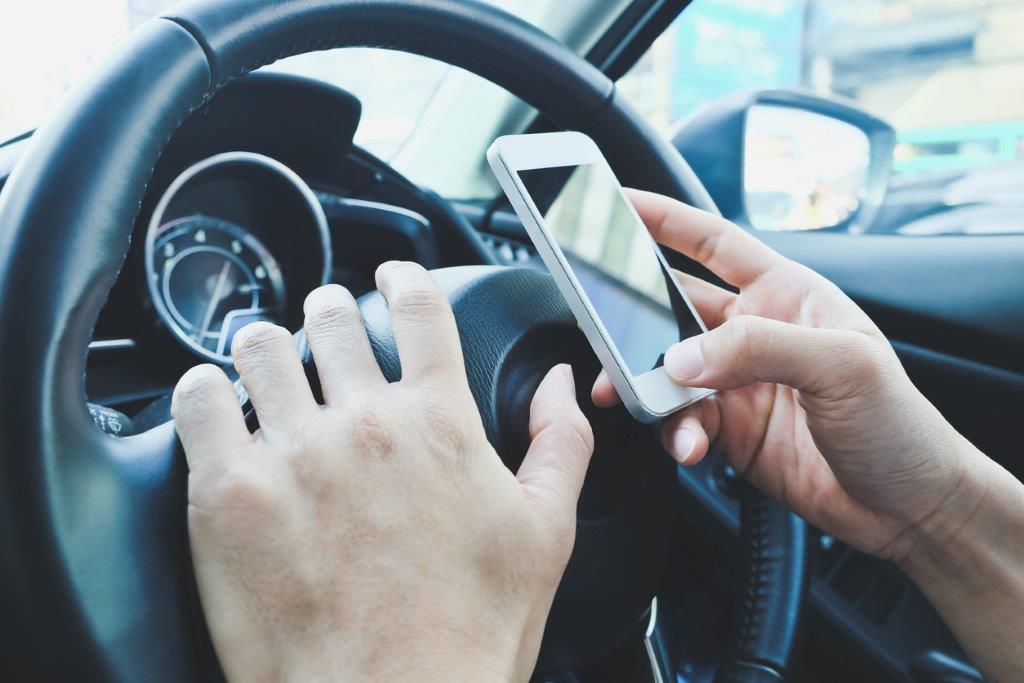 Background – Demerit points for using a mobile phone while driving

The man had been driving his car and came to a stop at traffic lights. His mobile phone was in his pocket. He reached into his pocket and used both hands to check whether the Bluetooth function was working by pushing a button on his phone. The process took about 10 seconds and before the lights turned to green, he put the phone back in his pocket. His car was at a standstill for this entire time.

Nearby police officers witnessed the incident and charged the man with using a mobile phone while driving.

The man was issued with an expiation notice and, rather than simply paying the fine (which would have seen him automatically incur demerit points), he elected to be prosecuted. He pleaded guilty to the charge but applied to the Magistrates Court for a reduction of demerit points (the charge attracted three demerit points).

When a person pays an on-the-spot fine for a traffic offence or is convicted in Court, generally they will incur demerit points against their licence. However, if the Court deals with the case, the person may apply for a reduction in the number of demerit points imposed. Often, a person will make this type of application because they are at risk of losing their licence for exceeding their demerit point limit.

If it is convinced that the offence is “trifling” or that there is “proper cause” for the reduction, the Court can reduce the amount of points or record no points at all. It is up to the person making the application to convince the Court of this by producing evidence.

For trifling offences, it must be shown that the conduct of the driver was so minor or trivial that demerit points weren’t warranted. Courts only declare offences to be trifling in limited circumstances, so it’s a good idea to get legal advice about whether you might be successful in making submissions to the Court that the offence is trifling.

Similarly, “proper cause” submissions are accepted by Courts only in limited circumstances. Even if the demerit points will cause significant hardship to the offender, that is not enough of a reason to make a “proper cause” finding. There must be an exceptional reason for reducing the points and a good traffic lawyer will be able to assist you to work out whether a proper cause argument might work for you.

The man had argued that there was proper cause to reduce the demerit points because the offence wasn’t a “typical” offence in which an offender would send a text message or engage in a phone call. He was simply checking his Bluetooth connection.

But the Magistrate refused to reduce the points. He said that even though the offence wasn’t as serious as it might have been because the car wasn’t moving, the man had nonetheless broken the law.

The man appealed this decision to the Supreme Court of South Australia. He said that the Magistrate had made a mistake in deciding that there was no proper cause to reduce the points and said that the circumstances were unusual because:

He argued that these facts combined to make the circumstances “exceptional” and so there was proper cause to reduce the demerit points.

The Judge found that the Magistrate was justified in reaching the conclusion that he did. The man’s actions were deliberate. There was no emergency that was forcing him to check his phone and it was open to him to wait until he had safely parked his car before checking his Bluetooth connection.

The Judge said that the man’s use of his mobile phone was a distraction, even though he had stopped at traffic lights. Whilst he was looking at the phone, he wasn’t paying attention to the road around him which posed a risk to himself and others, even though the car wasn’t moving.

The Judge dismissed the appeal and imposed the demerit points.

This case shows that the Courts are prepared to take an increasingly hard line when it comes to traffic issues concerning mobile phones and other visual display units (VDUs).

Courts can severely penalise drivers who are distracted by VDUs and in fact, as we have seen, it doesn’t even matter whether the driver is actually looking at a VDU screen. An offence is committed even if there is a possibility that the screen is visible to the driver.

It is hardly surprising, then, that the Courts also take a strict approach to drivers using mobile phones, even in circumstances where the car is at a standstill.

It’s a reminder to all drivers to leave their mobile phones alone whilst driving, or to ensure compliance with the Australian Road Rules so that they can be used in limited circumstances.

It is also a good reminder to get urgent legal advice if your licence is threatened with disqualification due to excess demerit points. Whilst a reduction of demerit points is rare, it’s still an option that should be canvassed. You won’t know whether it might apply to your case until a good traffic lawyer has been able to make a thorough assessment.

If you are concerned about a traffic charge, or how demerit points may affect your licence, contact us today for a free first interview. Because the sooner you act, often the better off you’ll be.