CAN I CLAIM WORKERS COMP IF MY INJURY CAUSES ANOTHER INJURY? 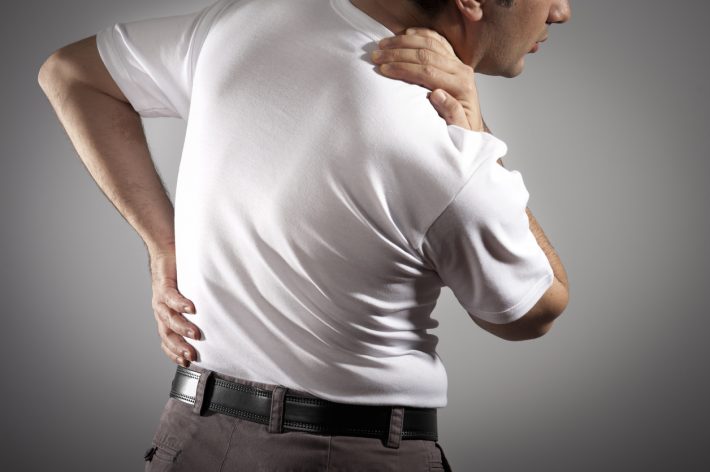 You would expect a claim for being injured at work to be pretty straightforward.  But what happens if that original injury leads to other complications?  Can you be compensated if a back injury eventually causes problems in your shoulders or hips?  What if the medication you have to take causes damage to your teeth?  Are these all part of the original workers compensation claim?

These were the types of issues that had to be decided when a man who had injured his back at work later suffered further psychological and physical disabilities as a result of that first injury.  It is a balancing process that is impacted by the current state of the law.

In 2009, while he was working as a chef, the man injured his back (his lumbar spine). He made a workers compensation claim and received weekly payments for lost income. After he had surgery, he claimed lump sum compensation. His injury was assessed as a 17 percent impairment of his whole body as a result of his back injury.

Later, he made further claims for compensation. He was experiencing pain in his left shoulder, thoracic spine and both hips, caused by the original back injury. The man was compensated for these subsequent injuries.

The man also claimed that he had suffered anxiety and depression because he was frustrated at his slow recovery and inability to return to work. He was prescribed anti-depressants. He was also taking strong painkillers for his physical injuries.

He said that a side effect of the medication was dry mouth which meant that he could only eat soft foods. This caused problems with chewing and swallowing food and damage to his teeth, jaw and gastric system.

In addition to his other claims, he claimed lump sum compensation for the dental and digestive injuries.

The insurer rejected the man’s claims and so the man took legal action in the South Australian Employment Tribunal.

The Tribunal had to consider whether:

The Tribunal also considered whether the medication that the man took before he was injured could have caused the dental injuries and whether his history of smoking marijuana and tobacco could also have contributed.

It was also argued that the man was aware of the dental and digestive injuries in 2013 when he received a payout for his back injury and so he should have spoken up then.

But the Tribunal found that although the man knew of his dental and digestive injuries at the time of his back injury pay-out, this didn’t mean that he knew that he was impaired as a result of the injuries.

In fact, even though the worker had injured his back and had been on medication whilst employed by a previous employer, the Tribunal decided that there were no impairments that were relevant to his current dental and digestive injuries.

It was the medication that the man took as a result of his back injury (and subsequent other injuries) that caused the dental and digestive injuries. This meant that the worker had proved that he should be able to pursue his claim for workers compensation, even though he had settled one of his earlier claims.

It is an important feature of our workers compensation scheme that it’s not just the main injury that’s compensable. If further disabilities result from the first injury, those injuries can also be compensable if the person is impaired as a result.

This means that if you are injured, you need to make sure that you tell your lawyer and your doctor about all of the injuries that you have suffered, so that they can be assessed for impairment at the same time and combined. This increases your chances of receiving a higher lump sum payment.

In this case, the man could make a lump sum claim for his dental and digestive injuries, even though he knew of the injuries at the time of his first lump sum payment. If the man’s circumstances were governed by the new laws, then it is likely that he would not be able to make this claim because of the need to have a single assessment for permanent impairment.

This makes the issue of workers compensation more complicated and more than ever there is a need for expert legal advice. Getting the assessment at the right time is paramount to ensure that all injuries are known and taken into account. Thankfully, the team at Websters Lawyerscan help.

With an outstanding team of workers compensation specialists, we can help you. Contact us today for a free first interview.