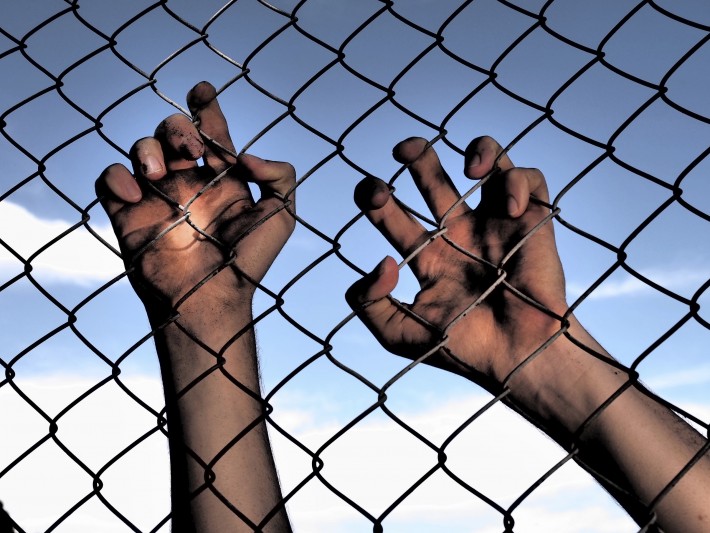 It was a real underdog moment when Heidari, a former refugee, decided to take legal action over his treatment in an immigration detention centre. Although the Government strongly resisted, Heidari won the right to include wider details about the government’s knowledge of problems in detention centres.

We sometimes hear media reports of the plight of immigration detainees: mental illness, self-harm, rape, beatings by security guards. But rarely do the specifics of these incidents come to light. Now, Heidari’s case may pave the way for other former detainees to take similar legal action.

What was it all about?

Heidari was an Iranian man who arrived in Australia by a small boat. He landed at Ashmore Reef, off the North West coast of Australia, in 2000. He was what some would call an “illegal immigrant.”

After spending more than four and a half years in an immigration detention centre, he was released and some time later he became an Australian citizen.

Heidari commenced legal action against the Commonwealth Government in 2012, suing for damages. He claimed that he endured severe mental and physical harm whilst in detention, including assault, battery and false imprisonment by the guards at the centre.

After Heidari had filed his Statement of Claim (Claim) which gave details of his case, the Government asked for further information so that it could work out how to respond. This is known as a request for further and better particulars.

Heidari then filed a second Claim which took into account all of the Government’s requests. Following this, there was much to-ing and fro-ing as the Government continued to object to the information in the Claim.

The Government had particular concerns about a document (the Appendix) that Heidari had included with the Claim. The Appendix detailed the Government’s alleged knowledge of the problems in its detention centres. It argued that those details were too general and that anything in the Appendix should be specific to Heidari’s case.

The parties returned to Court many times so that the Court could check on the progress of the matter and especially how the amendments to the Claim were progressing. For 17 months this continued.

Eventually, the Court gave permission for Heidari to file a third Claim. The Government appealed the decision and wanted the Appendix struck out.

The Government said that including the Appendix in the Claim was an abuse of process as it appeared that Heidari was putting the entire Australian immigration system on trial. The Court disagreed and dismissed the appeal.

It found that Heidari had complied with the Court’s Rules that set out how the Claim should be drafted. Heidari was allowed to file his Claim.

When looking at the “big picture”, this case is significant because Heidari was allowed to set out his injuries in detail and put them in the context of how detention centres operate in Australia. It shed light on the issues. Although it didn’t hit the headlines, there will no doubt be another similar case that eventually does receive publicity and it will cause more Australians to become aware of the issues with immigration detention.

If you have a migration issue or wish to discuss your experience with immigration detention with an experienced lawyer, please contact Websters Lawyers.