When a couple separate, what happens if one of them has a tax debt? This can be a real issue especially if a Family Trust or other financial arrangement is used to distribute income earned by one party to the relationship to the other. As a general rule of thumb, debts incurred by parties to a domestic relationship are considered to be debts of the relationship and are paid out of the joint asset pool in a property settlement. 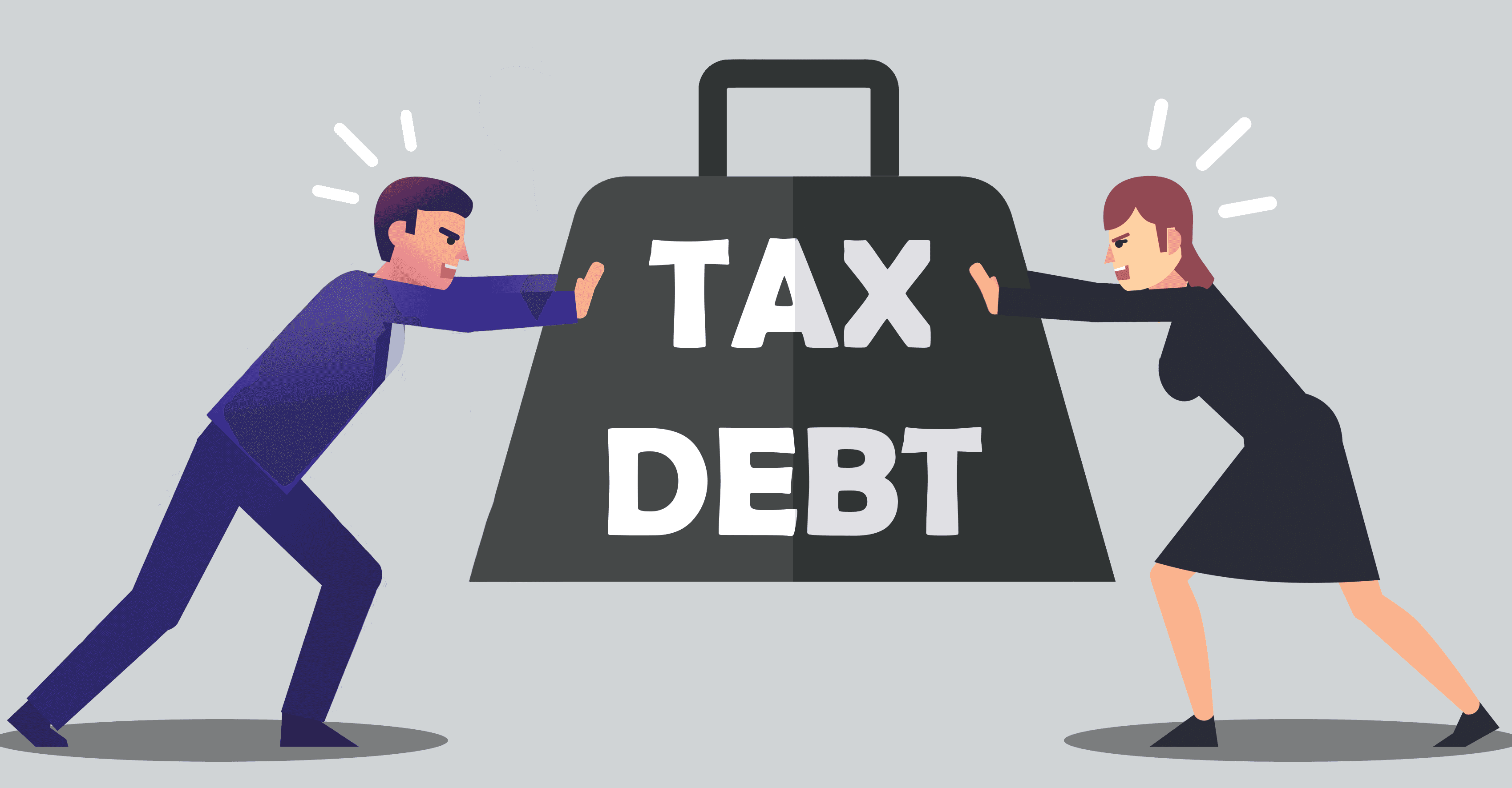 That being said, you can never remain too complacent and assume that the Court will not change its practice based on what it considers equitable (or fair) in any given case. In the 2018 case of Snipper & James and Anor, a taxation debt was deemed a completely separate matter from the joint asset pool. Though the wife was awarded 71% of the relationship’s assets, she was then required to make payment of 10% of her husband’s taxation evasion debt (equalling approximately $600,000.00) as it was found that a significant portion of the debt had been incurred during the course of the relationship and the wife had benefited from the earnings pertaining to that debt.

The Court also has the power to simply substitute one party of the relationship for another in relation to tax debts, and require that the substituted party be liable for the debt.

This was made clear in case of Commonwealth of Australia v Tomaras & Ors, where an order was made that a husband in a property settlement could be substituted for his wife in relation to a tax debt of over $250,000.00.

In short, the parties to the relationship had been married for 17 years, during which time the wife had been issued with various tax assessments from the Commissioner of Taxation for income tax and the Medicare Levy. The wife failed to pay the tax and raised no objection to the assessments. The parties separated in 2009 and the Commissioner obtained a default judgement against the wife in respect of her unpaid tax. The wife continued to default in her tax payments, and in November 2013, the husband became bankrupt. One month later the wife commenced proceedings and sought Orders that the husband:

The Commission made an appeal to the High Court against this judgement which was ultimately dismissed.

So Who Gets The Tax Debt?

The fallout of Tomaras is that parties to a relationship should be aware that the Court has the ability to shift tax obligations to the financially stronger party (even after the property settlement has occurred) if the debt is incurred during the relationship. Tax liabilities arising out of arrangements such as discretionary trust distributions may be also be affected, provided again that they were incurred during the relationship.

If you have any concerns or questions regarding the taxation liabilities in your current or future separation, Websters Lawyers urge you to seek advice from an experienced family law solicitor. You can contact us on 8231 1363 or submit an inquiry on our website here.